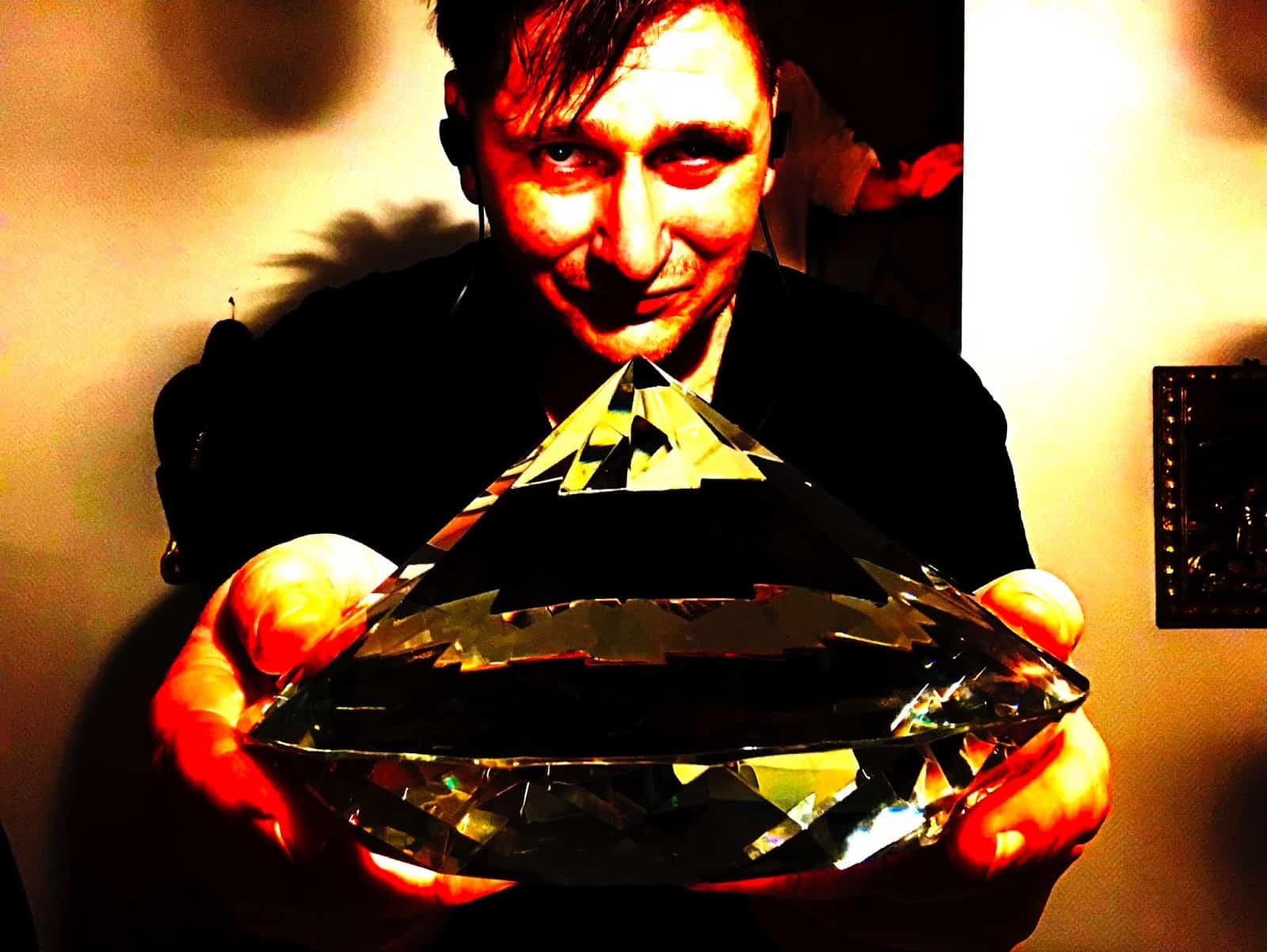 This is our very special Christmas Message with the story about the biggest materialized artifact we have ever received until today.
Yet unpublished we will share with you for Christmas the story of the Materialization of a 4.2 kg heavy so called ‘Activation Stone’ – and under which peculiar circumstances it appeared.

Most of the respected readers will know that Kai is the Medium of the Felix Circle, working with spirits regularly materializing objects in huge numbers during his internal and semi-public séances. There a huge variety of objects, artifacts and materials have been produced from nothing else but thin air, as well in scientifically strictly controlled sessions in which – for example – a copper foil was used as focus object for Kais spirits, told to the medium just when entering strip-searched the always locked séance room. Minutes later out of Kais
outstretched bare hands – after several interventions checking them repeatedly by three scientists – a copper-nugget was heavily falling and dropping with a considerable thud onto the table.

But also in private friends and family and specifically Julia had dozens of episodes when objects were falling from the ceiling or were building from the mediums body directly.
Objects have appeared and disappeared in his social environment also when Kai was not even present – but very rarely only – even though it’s a fact this has indeed occurred.
More renowned are the objects spirits let appear in Kais eyes under lighted conditions, when up to 9 objects have been observed coming from each one of them (semi-gemstones).

Several weeks ago now it was early evening when Kai was facetiming (video-phoning) with Julia (wife) like they always do. It is for years they are commonly using Apples video-phoning service when they are not with one another.
Kai sat like usual in his living room and Julia saw him there, with the canvasses of Austrian Physical Medium Rudi Schneider and Schrenck’s famous main Materialization medium Eva Carriere (‘Phenomena of Materialization’) exuding ectoplasm behind him at the wall, talking to her.

Suddenly Kai seemed to be distracted, but just a bit, instantly refocusing back onto the conversation. But then Julia as well through the phone heard things somehow shatter on Kais side and saw him rising from the sofa, with her ‘in his hands’ online: ‘What’s going on out there, it’s the second time now, I just heard something before!’ he said.

‘Look!’ He turned the camera for Julia to see…

Having returned late the day before after an exhausting one-day-trip to Basle to see a famous speaker Kai had left on his floor-cup board a typical small paper bag, containing 3 Cds and a used bottle of water.

Julia could see through the screen these items now spread onto the floor and the bag lying fell aside on the cup-board.

‘Oh, the bag fell aside!’ Kai said when he was approaching the items on the floor meanwhile at the same time he grabbed for the paper bag to lift it back up, when something strange was happening. The bag like adhered to the cupboard and with the drive of Kais move he ripped the bag right open to its half.

He turned his head and looked closer and was stunned: ‘Julia, you won’t believe it!’

Julia recognized by Kais utterances something was going on and when he turned the camera into the direction of the bag both started to scream.

It looked as if the stone had literally grown inside of the bag shielded of anyone’s observation, like in a cabinet or the darkness of the séance-room. Starting to take its unbelievable form and size it must have pushed the bottle out first and continuously growing a few seconds later the CD’s were pushed out as well!

Kai couldn’t take it out of its paper-womb with one hand and had to put down the phone to excavate a massive beauty: An ‘Activation Stone’ of unbelievable size.
Later we learned the stone had a span of 21,5 cm with a weight of 4,2 kg.

Today Kais has worked with the stone and a handful of sensitives, friends and clients, all testify a breathtaking effect of it onto them – some even felt truely like giddy when approaching it unprepared.
Like with all ‘Activation Stones’ before there is a range of therapeutical implications coming with the new one as well for healers and for alternative spiritual, magnetical or Prana-healing methods and additional treatment forms.

Moreover we believe it has a definite source character of some sort implemented.
Having materialized uncountable ‘Activation Stones’ of all sizes and names before, like the ‘Center Stones’, the ‘clear personal’ ones, the ‘Blood Stones’, the ‘Sun- and Earth-Stones’, the ‘healing stones’ – this one has such a clear source character why we call it ‘Master Stone’.

The by the Spirits materialized Stones stand for the good in us human beings and what we make of our potentials. They represent our spiritual Supernature and our awareness-development and strengthen these ideals as physical projections of and proof for that!


Like the spirit of christmas-time they interconnect the love and the wonder, the truth and the higher values living in us!