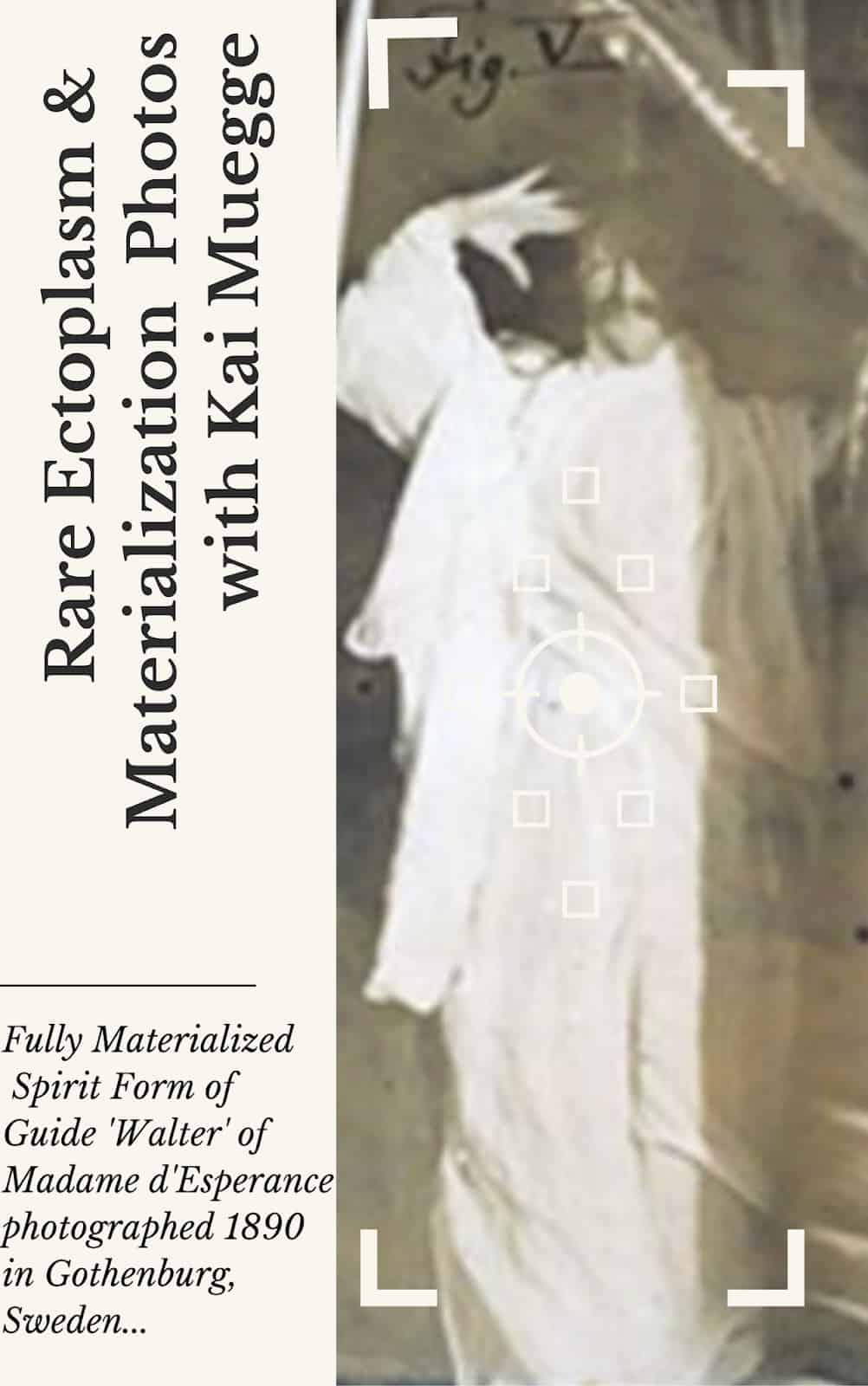 ‘Madame d’Esperances Mediumship became mainly known more in Germany through the publications of Alexander Aksakov, who was a political representative of the Russian Zsar in Berlin at the time. He reported about his experiences in séances with her exclusively in periodicals.
It was then Aksakov wrote his – only in german language available ‘Anismismus und Spiritismus’, a thick book and thorough study mainly about spirit materialization events of the early spiritualistic  movement in the U.S.. Originally planned as a response to the published theories of a Prof. Hartmann claiming these manifestations were a kind of mass hallucination, Aksakov did add more and more throughly described experiments of all sorts categorized methodologically to dismantle Hartmanns claims. In the end he had two volumes published about Full Form Materialization occurring in America.

At that time Madame d’Esperance became europe-wide some kind of a celebrity medium out of different reasons. First there were the claims by many they had met their materialized loved ones in Madames séances and secondly the famous case of partial de-materialization of the medium during a séance in Helsinki where her legs became immaterial.

Madame d’Esperance, whose name was actually Elizabeth Puttock and who has worked as a medium in England under the pseudo Elizabeth Hope had given before séances as well in Scandinavia and Germany, before she moved to Sweden. There Aksakov, who learned to know her in Berlin, went to to set up his experimental séances which became widespread recognized through the seemingly – partial – rigid controls he wrote about in different contemporary periodical publications and the photos of which many – but not all – were published in the book ‘Shadow Land’…

In 2013 a secret collection of personal belongings was excavated from the College of Psychic Studies, where Puttock/Hope/d’Esperance is held in high regard up to this day. In the papers found there the new photos we present today were actually found if the information is correct. After her death a spirituaist friend brought the stuff over to the UK, where her mediumistic career began!

Like many other mediums Madames mediumistic spirit manifestations were very much life-like and on other occasions they appeared more artistic like in the above photos. These different features are not unknown to the scholar of historical materializations. Einer Nielsen for example, the famous Danish Materialization medium also produced more artistic looking forms but also natural looking and acting fleshy Full Form Materializations like his famous Materialization of the Queen Astrid of Belgium, photographed and clearly looking like her in a Séance held in Copenhagen in the 1950ies when I remember the date correctly.