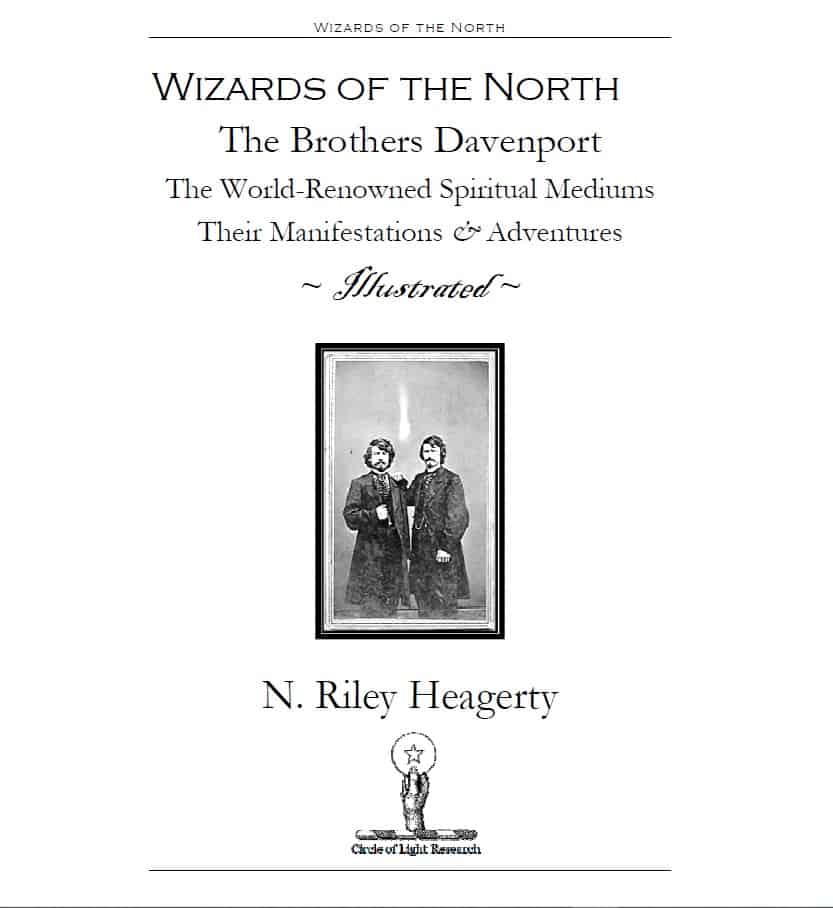 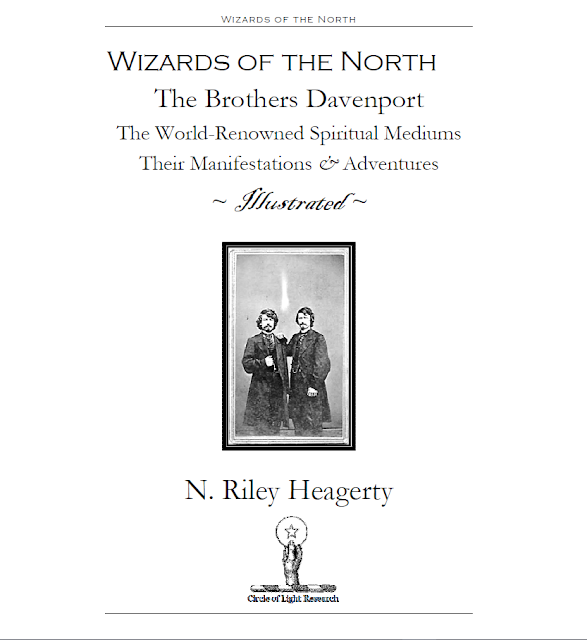 Riley Heagerty is well-known to the spiritualist world of modern authorship about influential historical cases of physical mediumship—and not only mediumship. With his book, The French Revelation: Voice to Voice Conversations With Spirits Through the Mediumship of Emily S. French (White Crow Books, 1995) Mr. Heagerty actually captured the essence of a re-occurring public interest in the affairs of manifesting Spirituality. The physical phenomena of Spiritualism—the western tradition in communicating with spirits—were the primary reason for the foundation of several societies in the early 19th century, committed to investigate objective
physical phenomena as they were reported from the very first day of the Movement known as “Spiritualism”.

Such phenomena were manifesting since the dawn of mankind’s indigenous and shamanistic societies. From their inevitable arising from within Spiritualism, combined with the interest to explore them, the interdisciplinary science now known as parapsychology eventually emerged.

The early years of the movement were packed with the most strongest physical phenomena.

The early years of the movement were overflowing with the most strongest physical phenomena. The
developing western tradition of spirit communication—anthropologically an archetype in human
communication—had its very own “western characteristics.” Namely, it was the entangling of the physicality of the beloved material world in mysterious ways, transcending it with the physical phenomena. From there, cultur-historical ceremonial spaces were developed into typical and atypical forms within the young society.

Such physical phenomena were, in various ways, presented in such environments as if the spirits wanted to reveal to the western world that its societal orientation into consumption was also one into an illusion—and the physical phenomena of the séance rooms proved that.

Reported in the chronicles of the church for hundreds of years not before they occurred in the rationalistic Western Society they became such a matter of dogmatic dispute….!

For decades declared dead in Europe by a spiritual and institutionalized industry that was focussing from a moment in time exclusively onto questions of personal survival and pushing the former movements root ‘Physical Mediumship’ aside.

Anyway, institutionalized ‘Spiritualism’ for a long time didn’t want to open neither towards new practices, nor to new viewpoints.
Physical forms of Mediumship though are today more and more becoming a justified matter of interest in the public eye.’

Heagerty’s wonderful first book appeared in 1995, about the extraordinary mediumistical achievements of a good lady named Emily French. Interestingly, he was also forecasting the revived interest into Physical Spirit Phenomena that arose from the Scole Report of 1999. (footnote)

Now almost a decade and a half later, a newly awakening public interest is appreciating the more than
five amazing publications of Heagerty about Physical Manifestation Mediums, such as his book about the Bangs-Sisters— mediums who, from the beginning of the movement, demonstrated the exquisitely rare talent of “precipitated art”, by influencing blank canvasses to materialize portraits of intriguing beauty by unseen Spirit Artists, appearing without one stroke of a brush!

Consider his 2017 work about another manifesting Medium, Elizabeth Blake, who produced what’s called “THE DIRECT VOICE” in broad daylight. Direct Voice is another specifically rare physical phenomenon, where spoken voices clearly emanate not from a physical person in the room, but from seemingly nowhere. They are clearly audible and engage in dialogue, answering questions of guests and sitters; sometimes there are two or more such voices speaking simultaneously. In the many instances of Elizabeth Blake, the “Spirit of Loved Ones” are frequently believed to communicate in their original voices in the her trumpet séances !

Both works mainly present absolutely incredible physical manifestations—physical phenomena during the “heyday” of the movement. Both are spiritual gems of truly tantalizing reading!

And now we are gifted with yet another important publication from Heagerty, a book about the most
controversial Mediums of their century. More than a decade of laborious research and travel was spent by the author, collecting what I can only call “ethereally rare and raw” materials for this book The Brothers Davenport: Wizards of the North.

The Starting Point of the Movement

“North” designates the Great Lakes area of New York State around the town of Buffalo—also not far
from Rochester, where the Fox Family also lived. Although deeply conservatively religious, this area emerged as the cradle for the first and most earliest occurrences we can identify today as the starting point of the movement. Indeed, this area was also the location of Rochester, New York, where the Fox Family had settled and eked out a living. It is of special interest to note that, two years before the Fox Family House rappings were said to mark the official birth date and place of Spiritualism, physical manifestations of a comparable nature were already stirring in the house of the Davenport Family.

N. Riley Heagerty allows historical witnesses to do the speaking to the reader about this earliest era within Modern Spiritualism, a plethora of amassed, never-before seen reports contemporary to that time, with personal comments describing what was actually experienced in the presence of the Brothers Ira and William.
One is drawn into the lives and days of mid-late 18th century settlement, learning how mysticism and belief in the supernatural had recaptured Western society, even as Materialism was striving to overtake all of the culture.

This book, which describes the times and travels of Ira and William Davenport over the 30 years of their career, reminds me of the wonder that still lays in-between our hands—subtle but still here!
All the more reason to obtain this newest of the author’s works, to read and unleash the immanent, the wondrous and the magic—the world of Spirits! It demonstrates to the world the true spiritual nature of all material, transcending it in todays séance rooms of revived physical mediumship!

for another amazing book!