KAI MUEGGE: HOW SPIRITS GUIDED ME TO UNKNOWN PHOTOS SHOWING MY FIRST CIRCLE FOR SPIRIT PHENOMENA 35 YEARS AGO

Home » KAI MUEGGE: HOW SPIRITS GUIDED ME TO UNKNOWN PHOTOS SHOWING MY FIRST CIRCLE FOR SPIRIT PHENOMENA 35 YEARS AGO 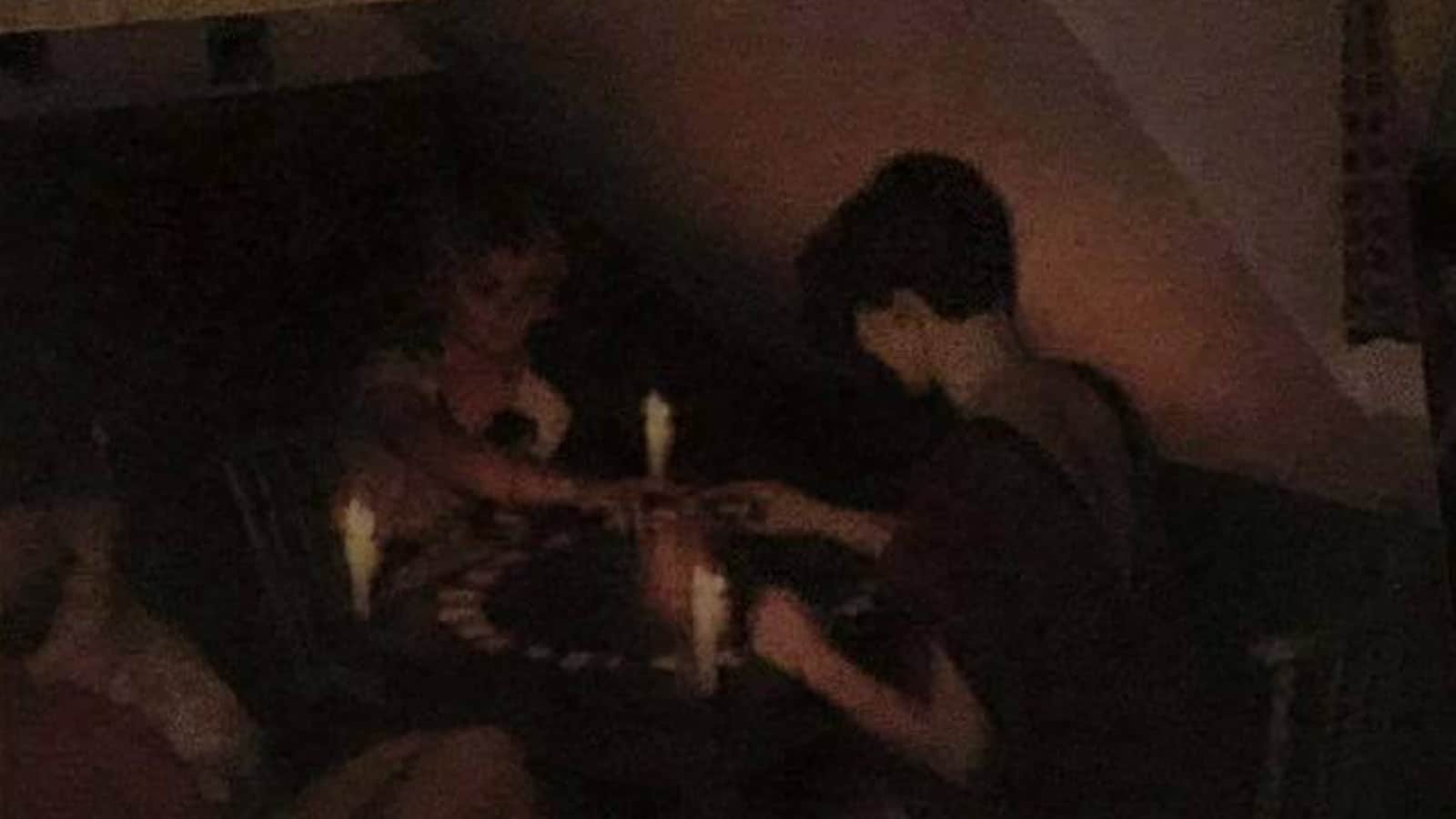 For about 43 years spirits are visiting me at night to tell or show me something or to take me somewhere.
It happened for the first time when i was three or four when i experienced for the first time to converse with the ethereal presences of my sleeping parents and grandparents, living with me in the big family residence in Hanau.
Shortly later i encountered spirits living in the house who I couldn’t identify and some of them even frightened me, demonstrating to me faculties of the ethereal body the physical one is not capable of, like going through walls for example or the mere speed of how they were doing things, like ‘moving’ simply, deeply mystified or even frightened me at the beginning.
I learned with the time to do huge excoursions – with my own etheral body. Sometimes information comes to me even in forms of lucid dreaming…!

Introducing our today séances i never miss to tell the people that i founded and led my very first circle for Physical Phenomena – with 14 years of age.
The first of quite a few!

It happened at the boarding school ‘House R.’ on the North Sea Island ‘W. on F.’, where I was a pupil for several years.
This was two years after the time when my nightly excoursions and dreams had taken a specific turn, a time I call initiating.
At that time I was present when the physical power of spirits was shown to me for the first time and then my dreams and destiny linked me forever with this theme and area of activity…!

When this particular first circle of mine started, every tuesday evening in the Girls House – the teachers all had sports-evening – I tested what i had studied in fact over the last two years: experimental spiritistic settings.
So we sat around a table or simply on the beds with some focus objects within and outside of the circle, like candles, books in a shelf behind us and basically the things in the sleeping room of some of the participating girls.
We achieved a lot of audible phenomena, like steps, quite loud (still today), knocks (still today), manipulation of objects (still today), small appearing light dots (still today) and communication with spirits (still today).
Sometimes we saw hands in semidarkness we weren t sure if they were real!
Most of the times ‘my’ fellow boys and girls were simply sitting in the darkness on the beds, thrilled, waiting with me – the bed-room wizard – for another phenomenon and I was having my fun seeing everybody freak out or go pale!

These are interesting memories actually, even though sometimes things happened i needed a lot of time to calm the others down again. And conspiracy was absolutely necessary!

I felt with the time really ‘home’ in this slightly hysterical atmosphere, inbetween nervous expectation and shrieking school comrades, who couldn t fathom it.
A few times these activities nearly had cost my expensive stay at the private institution then. Parents heard of what we were doing!
But everytime even those who had confessed to their parents landed back with us in the séance room, mystified…
I was myself a teenager and at that time not processing that most of the others were much too young to be confronted with ‘the powers’.
Not before another circle in my studytimes was founded people were with me emotionally and intellectually mature enough to cope with what was going on a little bit more!

So, last Saturday morning the spirit world guided me into a lucid dream episode, with one of the girls taking part then, ‘Babsi’, or Barbara R.. It was as if they wanted to show me something by bringing her up…!? But WHAT were they wanting to show me!?
I awoke and googled her.
Then facebooked her.
Then finally i had her last name right!
There was her facebook page.
I scrolled up and down a bit and wondered how people can change over the decades…, but then … I opened her photos, and coincidentally I stumbled – inbetween hundreds of folders literally – over one that was called ‘Memories House R.’! 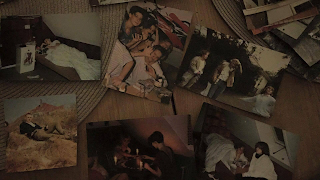 I was immediately disappointed when opening it, seeing that it didn t contain photos, but only photographed ‘photowalls‘!
Every photo showed a piece of a wall with dozens of photos from the ‘House R.’-time.
I enlarged them and first found a shocking photo of myself then, showing a teenager playing guitar.
A teennager turning into a physical medium actually!

I carried on and suddenly i saw something familiar: ‘The gifted ones!’ The gifted ones i was calling two girls, ‘Steffi and Anja’, who before and after phenomena received best results in communication via an ouija-board-like technique!
There they suddenly were!
Photographed!
And in action!
And on their table even the candles were depicted that were so often affected by the power.

I scrolled further to another wall of photos, enlarged it and identified another scene from the sittings: Two other girls holding on to themselves looking at something…!
Did they see what the photo is showing quite clearly!?
An ‘extra’: seemingly showing one of these amazing spirit-hands like forms, coming from under the tables surface suddenly grabbing for things like the planchette (a glass we used) and drew it down to the floor causing another outbreak of shriek!?
If that is the case, the extra is the first materialization photographed in my séances!
Have a look for yourselves: