NON-EXISTENT IN THE MATRIX vs. PURCHASEABLE ON EBAY

Home » NON-EXISTENT IN THE MATRIX vs. PURCHASEABLE ON EBAY 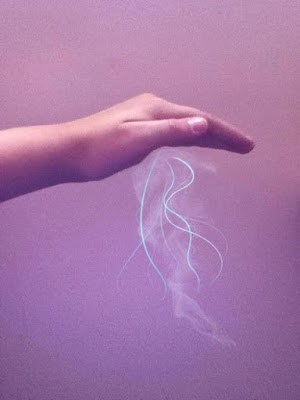 In the typical mockery and unproven allegation specialized internet forums, fed and nurtured by commenters never having witnessed what they are writing about – waves rise high about speculations, if the under séanceroom-conditions mediumistically produced objects have existed beforehand or could be anyhow found in our reality-matrix.

In times of amazon and ebay we do allege one finds more or less everything purchaseable!

No matter what any out-of-this-world process may paranormally produce. one of the questions to be asked  should be: how would an object look like, that has not existed beforehand on earth, about which there is no concept or blueprint available or existent yet.

And how would a spirit team try to prove their materialized objects have a true paranormal background?
What kind of object would suffice to fulfill the standards of the armchair sceptics – an object existing but not having existed anyhow beforehand!?
What is needed to consider, something is going on out of the ordinary – letting already besides the hundreds of descriptions, outlining strangest observations and conditions under which the medumistically produced objects have seemingly appeared.

But is this possible? Can an object exist, about we have no earthly concept of? How would it look like? Even though the reader already recognizes, that we are confronted here with a logical dilemma, the spirits from time to time do work towards such a proof, as described in this article by a renowned stone expert:

INTERESTING ECTOPLASM GEMSTONE. A Stone from the Universe – created from the 4rth Dimension!

The renowned stone expert from Switzerland Bruno Vogler Pfeiffer describes in the article his surprise and inability despite his 30 years of experience in this field to define the stone that was materialized for him.
Several of our sitters have approached us with additional reactions from Jewelers and Stone Experts from all around the world!

The Felix Circle in its apport history has many instances that strongly speak against the theory, the presented objects have been purchased beforehand. Lets take a instance out of the Prof. Stephen Braude investigation.
Happening in the Austrian Séanceroom Laboratory, where I was observed for a week and where we experimented under strictest scientific scrutiny to the full satisfaction of the scientists. An afternoon session for apportation was set up and several objects appeared paranormally under full control of the scientists, like for example an index finger sized salt-like crystal exiting suddenly the mouth of the medium after extensive visual and palpable checks of the mediums empty mouth.

When entering the room Prof. Braude had revealed to me that the focus objects ‘gold foil’ (from the ‘Gold Leaf Lady’) actual basic material was copper. He said that to me in the doorstep to the séance-room. Several minutes later the spirits claimed to link in, to enrich material out of the environment and…
produced A NUGGET OF 100 % COPPER!

Do you need more proof underlining the genuity of the processes? I have endless stories.
THE MERCURY APPORT. 10 minutes previously to a Felix Circle sitting our unquestionable then circle leader Prof. J.S. mentioned in a coincidental remark the Scole Group apport of a 50 years old News-Paper page with a thematically interconnected story about H.Duncan on it.
We reacted amazed and expressed our wish to also achieve such a powerful apport: TEN MINUTES LATER A 50 YEARS OLD NEWSPAPER CLIP MATERIALIZED ON THE SEANCE ROOM TABLE WITH THE STORY ABOUT OUR MAIN GUIDES HANS BENDERS EARLY INVESTIGATION IN A HAUNTED CASTLE.

What do you need more?
PROVEN HANDWRITINGS OF THE DECEASED? We have the expertises!
GOLD AND SILVER PIECES EMBEDDED IN TWO GENUINE SHELLS?
TRUE GEMSTONES AT DIFFERENT OCCASIONS?
HUNDREDS AND THOUSANDS OF GLASS ARTIFACTS AND RELIGIOUS FIGURINES AND SYMBOLS OF ALL SORTS?

Back to what the sceptics do demand, obviously with every single process another beforehand in the matrix non-existent object.
We have experienced that the spirits more do work with images and blueprints existing and reproducing them!
We have been in Glastonbury, Sommerset, having given Séances at the Parsonage retreat, when we in the afternoon in a group of eight or so found a beautiful Buddha-Statue in a Shop and Julia said, she liked it.. Julia said, apport it, and I joked ‘I put it on the list, but don’t let me go somewhere alone, that nobody can claim I secretely purchased it’!
In the evening the Statue appeared in front of Julia in the Séance with a flash of light!

So we in the contrary believe that the spirits use existing patterns and reproduce them paranormally. They may even use images existing in the mind of the medium – nothing would lay closer, but the outcry of the sceptics.

So to be honest we don‘t present in the séances anything else  but what the group related effort energetically enables and manifests during  our sessions.