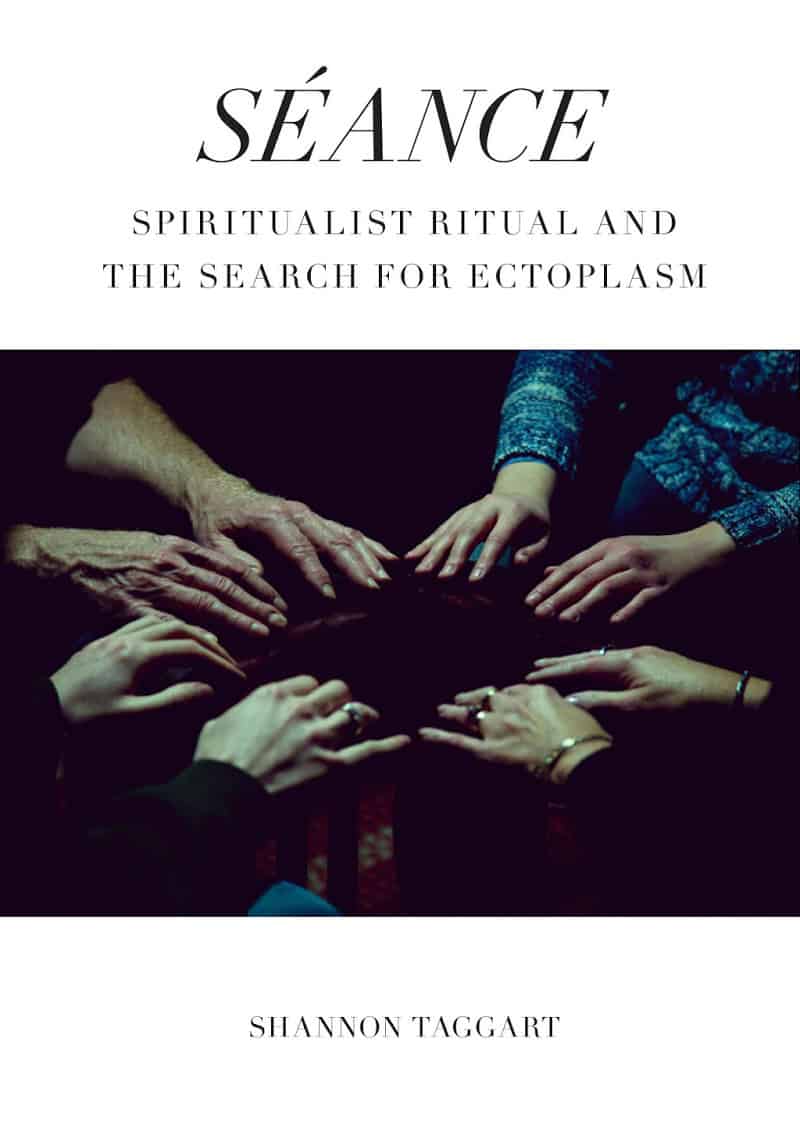 As author Mitch Horowitz says about professional photographer Shannon Taggart,
there are with every generation only a few true seekers and artists who
feel and comprehend their work as something like a true calling.
Shannon Taggart is definitely one of them!
It is modern day spiritualisms most mystifying apparitions that still occur
in a relyable historical regularity since
the early days of photography.
By them Shannon is fascinated, beginning early childhood and turning into a professional passion today, as a photographer.

And in ‘ectoplasm’ the mystery of Spiritualism somehow culminates – sometimes in hard to
understand and to accept undecipherable codings, but that even strengthens
its attraction.

For
example for those from a parapsychological background, but
the performance of the mysterious sometimes even resembles forms of modern art!
So
it’s no wonder that the paranormal does and always did interest the art-scene also and Shannon Taggarts new book does close the circle exactly at
that point.
ORDER 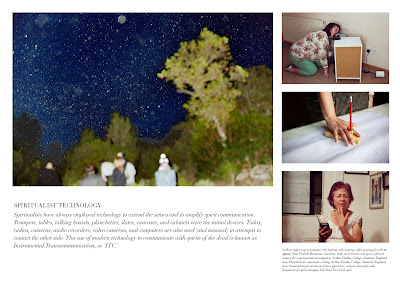 The reader of her book covers with
her the 16 years of photography and spans the geographical locations her
story and travels took her to. The reader gets plunged into the hazy
red light atmospheres of the séance-rooms of Lilydale and other places, meets strange people and is page by page confronted with the
unspeakable – that shows up either open in front of her lense or is
exposed in photographic techniques that represent Shannons own art!
So it is not the discussion about evidentiality fueling the attraction, but the artistically presented para-realism of the ‘substantivity’ of the occult within our actual reality.
One of Shannons images we are presenting here exclusively is showing the American medium Susan Barnes at Lilydale, the oldest spiritualistic community in the States, during a presentation of the rare ‘transfiguration’ phenomenon.
In red light the face of an entranced medium deforms in so far, that other faces start to appear. Typically these are the faces of the deceased!
In Shannons book we are presented a whole set of photographs showing Susan Barnes different changes in appearance, strongly resembling photographs of the only few protagonists in history who were seemingly able to demonstrate actual facial changes.
True transfiguration describes changes in the physiognomy of the mediums face to become another literally!
ANALYSIS
To validate objectivity photography always was the chosen medium for those investigating the paranormal!
So let’s see what Shannons camera was able to make from the moment of Susan Barnes transfiguration! Obviously a lot: we see in our exclusive image Susan exactly in one of the moments the strange transfigurative process is taking place and the image reveals the unexplainable in front of our eyes!
A different second face is actually appearing on the image, not exactly besides hers, not exactly overlapping, but in an even more mystifying form. It is smaller than the mediums and comes from a totally different angle, what cannot be explained with the longer exposure time of that image. In that case the mediums
face simply would appear a second time on the image and look into another direction and a blurred section
would be inbetween.
To get the above result by a planned moving of the body within the exposure time frame, the medium must have strongly changed her whole position and comparing the different eye-sizes she must have stood up or slided with the chair in a completely new position a good deal farer from the camera than she was at the beginning. I guess we can exclude that such things have taken place during the session. That would have caused total blurring and not what we see here! We see only a minimum blurring on the photo at all!
The face moreover does not necessarily resemble the mediums face but from a photographic standpoint the real phenomenal momentum caught by camera is the borderline section between both faces.
Because here we have no blurring at all!
It more looks as if the original face would somehow ‘break open’ to expose the smaller one.
This effect is rather strange.
We are privileged here to look at a genuine phenomenon of some sort, somewhere located between Susan Barnes face and Shannon Taggart photography.
Look at these rich and interesting pages we are sharing here from the book! A clear recommendation from our side!
ORDER 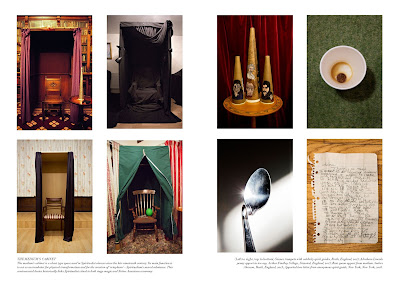 Moreover there are compelling pledge options, if you are amongst the first 100 buyers, including readings, Fox Sisters grave rubbings and archival photo
prints.  Every person who purchases the book during this pre-sale will
have their name listed inside as a patron.
This is the page where you can order Shannons book, read her intro text and view the video also!