The demonstration month February ended with two Seances at the Basle PSI Ass., the 21st and 23nd of February 2012.
Meanwhile the first session appeared to be phenomenologically weak, striking survival evidence was given to a male sitter and his partner by his deceased father and ectoplasm had been shown to the sitters like never before in Switzerland.

Different negative circumstances, incl. health issues, as well as the unusual fact, that more men than women were present, caused problems in the empathical or emotional energy matrix the Spirit Team uses.

“There are dynamics we underly as well and cannot be altered easily into the better…!” the Deep-Trance-Personality explained.
Nevertheless, like it was meditated for and prepared by the Spirit Team since start of December 2011, the ‘thrown-out’ creational substance, ectoplasm, was not only presented or animated: it was stretched open and the interior was extensively presented. The weeks first Materialization of object happened as well!

The second seance was palpably stronger and again a female sitter from Czech was visited by her grandfather, who came into physical communion with her and hugged her over minutes, meanwhile the Trance Control “Hans Bender” gave unmisunderstandable personal and identifiable messages.

Multiple Touches and Spirit Lights around the strictly controlled medium (stripsearch + 4-limb-control during every established phenomenon), unseen hands operated tambourines and rattles and different handforms came over the illuminated plaque in 2 metres distance from the medium, allegedly from the sitters accompanying entities…!

Then Pablo Suetterlin Werthmueller of the PSI Ass. took the most striking photos, when “Hans Bender” presented ectoplasm, the made visible ‘creational and vital substance of the universe’ (HB)
It was not only possible to photograph the most interesting ‘living’ features of the substance itself, but as well its ability to create form, materia on our physical realm: The Materialization of a huge precious stone in bright red light, well visible in front of the sitters eyes.

We present the photos exclusively to your consideration: CLICK ON THE PHOTOS TO ENLARGE 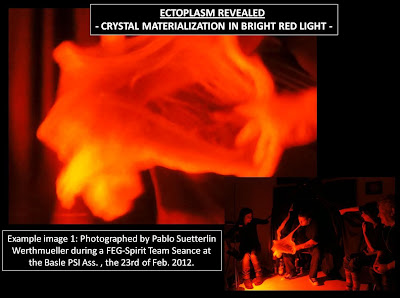 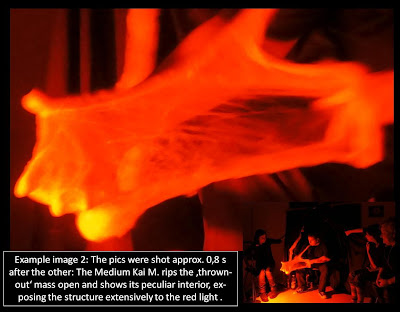 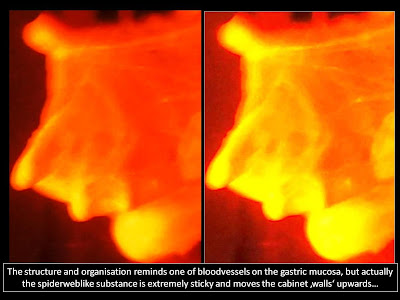 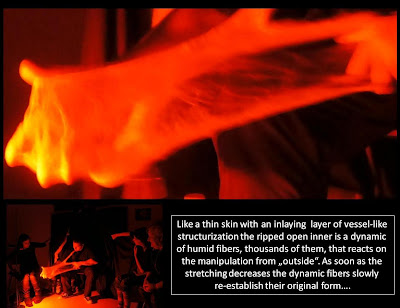 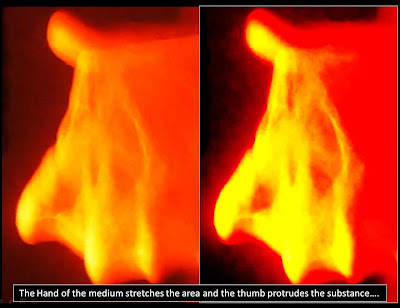 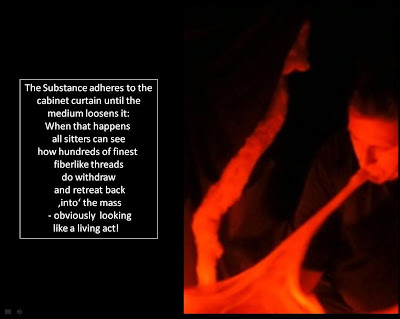 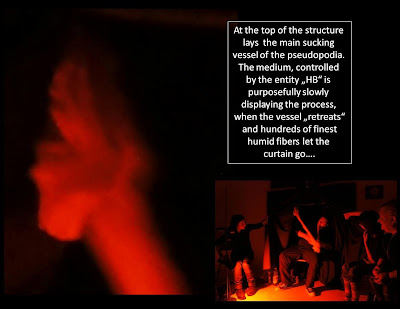 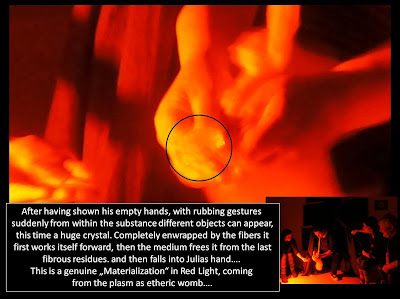 The crystal, allegedly ‘loaded’ with some kind of etherical energy shall enable the receiver, the circle leader of a young experimental group, to open the vortex to the etheric more easy. These loaded crystals and precious stones, like the one of the 21st as well, have multiply materialized until today…