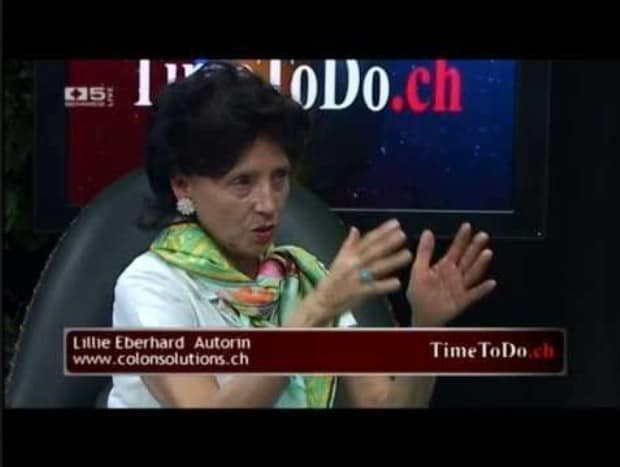 If you look at it from a spiritual perspective, then its name says ‘cosmos & ethics’ – and that’s what it is to me!’

Lately, I decided to follow another ones teachings! Indeed!
After years of resistance, now given up.
The Teachings of a true privy. And there are not so many, as you may know!
It’s a wise Lady! And her teachings are about the nutritional aspects of spirituality.
Specifically the cleansing and eventually the then following healing aspects.
I have a fable for palpable spirituality!

But it’s worse, I doubled my weight within the last 25 years and became more and more over-fat and stiff.
Now i have lost the first 5 kg in 4 weeks by following Mdm. Eberhards nutritional and cleansing procedures. They are coming from a 5 columns system, in which Eberhard combines ancient wisdom and modern knowledge about nutrition!

The first three kilograms I already had lost within 5 days of treatment, added to a nutrition-change I had started on day one. I was being cupped 5 hours everyday and treated with needle-cushions to activate the outer body structure. Galvano currents were sent through different regions of my body, plus specific massage treatments to resolve lymph congestions and restart the lymph nodes regular activity.
The central treatment maybe, is eventually done by oneself: regular colon flushings up to the large intestine with an ingenious device called Colon-Clean, although it is in reality an actual colon hydro for home application.
The grade of feeling cleansed afterwards is rightout elitist!
Together with the specified nutrition, three kilograms of the five were already gone within 5 days.

After my travels to Brazil January and February 2016 I experienced a massive loss of fitness. I had lost every lightheartedness in regards to walking, or overcome even small distances, what had become extremely exhausting – and that’s why I this time agreed to my wifes Julias suggestion to undergo a treatment and to change my nutrition.

In the last years the most competent practitioners were offering days and weeks of treatment and I always declined.
Isn’t it fascinating, how the mind works?
If it wasn’t so sad and even dangerous in the end.
How self-confident the ego can be – over more than a decade, maybe two, i betrayed me in reassuring me  developing spiritually would suffice. Books and teachings, experiments and exercises, some of them extreme, I possessively consumed and secretely believed, my personal development actually had reached its peak – meanwhile preaching to everybody else development of personality never ends.

I had managed to achieve an extraordinary mediumistical gift and trusted my debts somehow would be paid because of my working for the spiritual benefit of people – meanwhile having turned completely away from any necessary control about my nutritional physiology.

Somehow this imballance outside my awareness had sneaked into my system and kept me sleeping, my eyes closely shut, not seeing the alarming signs, like my weight-gain for example.
Being is Psyche and Soma, the spiritual and the physiological, you heard me teaching – dwelling in a kind of personal blindness towards my own physiological, resp. nutritional needs, I only was interested in when there was a direct connex with my spiritual goals.

The psychological reasons for that imballance in my existence and for my adipositas have deep roots, but are fully understood today.
From my earliest memories in my life, full of visiting spirits and lucid excursions, I somewhen took a wrong turn. From the moment I could express, my focus started to exquisitely look on the inside, the psyche, the consciousness, the spiritual. Meanwhile I neglected my necessary bodily needs.
That way I became 48 years of age last year!

A first teacher then in my personal scholarship into mysticism became a Psychotherapist, a close friend of my parents, bringing me the subconscious mind and the basic understanding for the suggestive formular: hypnosis and its subforms.

My parents wanted to get me away at that time from my overwhelming occult activities, i was twelve, getting thirteen, and they were worrying about my spiritual sanity, as they were from much earlier on.

At that time I had gone through an initiation like time, that changed me grossly. Destined to watch in awe, together with school-friends, hostile spiritual powers entering their families physical realm. Nearly 4 months I was more or less daily house-guest and thus confronted – together with my best friends and school comrades, twin-brothers – with a massive and ruthless Poltergeist-attack. They and their parents were suffering severely at that time!
Until they finally fled the house. But still couldn’t prevent the energies to destroy the whole family-structure and relationships eventually.
Within the following months from a public library I had ordered and read every available German Poltergeist research- and Physical Mediumship-literature, which were the groundwork for my first sitters group, when I was 15 at a boarding school.
When I came from there becoming 17 years of age I was looking for a Master telling me the things not written in the books and I chose W.G., a scholar of Steiner, a vitalist and a spiritualist of first garde, a book publisher and book store owner and a wise man in a wheelchair. In his bookshop i attended my very first trance mediumship sessions, meanwhile I already had held a Physical Mediumship Group over 2 years.

And then it all followed in quick succession, from the Books of the Dead, the Kabbalah and the secrets taught, existing in Numbers, Gurdijeff, Blavatsky, Levi, Crowley, Bardon, Spiesberger, the Goetias, Hofmann, Raetsch, Grof, Leary, Wilson, Schrenck, Richet, Grunewald, Driesch, Aksakov, Carrington, Lombroso, Puthoff, Schiebeler, Bender, Resch, Senkowski, Sheldrake and so many more became the solid groundwork to fully exist in the spiritual realms and become from the 1990ies fatter and fatter until I reached 145 kg finally.

Today in the 5th week i fully have regained my bodily powers, no more cramps in legs or back, I move quick and feeling weightless like I always did and I stay close to the system and hope to carry on to loose weight!

Sometimes a body is like a car stuck in mud or snow. You have to dig it out and make it go again!
Lillie Eberhard 2017

The new nutrition is based on grinded apples and oranges with linseeds and linseed oil, an almond powder to sweeten and buckwheat. Sperolina and bittern as addition. A lot of freshly pressed orange juices – for the summer optimal. Psychic and thought cleansing is another column of Eberhards 5-Column-Solution.

If you like it spicy there is a spice-mixture, mixed with linseed-oil into a pulp, put on crackers with tomatoes for example.

In Colon-Hydro-treatment I was interested already before, because the idea behind is simply so intruiging. I even had spent an expensive weekend on a wellness-farm only to have a colon hydro application. When I learned this is available for home-application I organised a Colon-Clean and immediately started to de-poison by doing regular colon-cleanings.

The system is superb and its spiritual aspects are as well.
Lillie Eberhard is the best example for what she is offering.
She is emitting an energy that is limitless, enabling her to work that way with an Age, others feel old and sick…

Do you have problems like me?
Breakout! That system makes it effective and succesful!