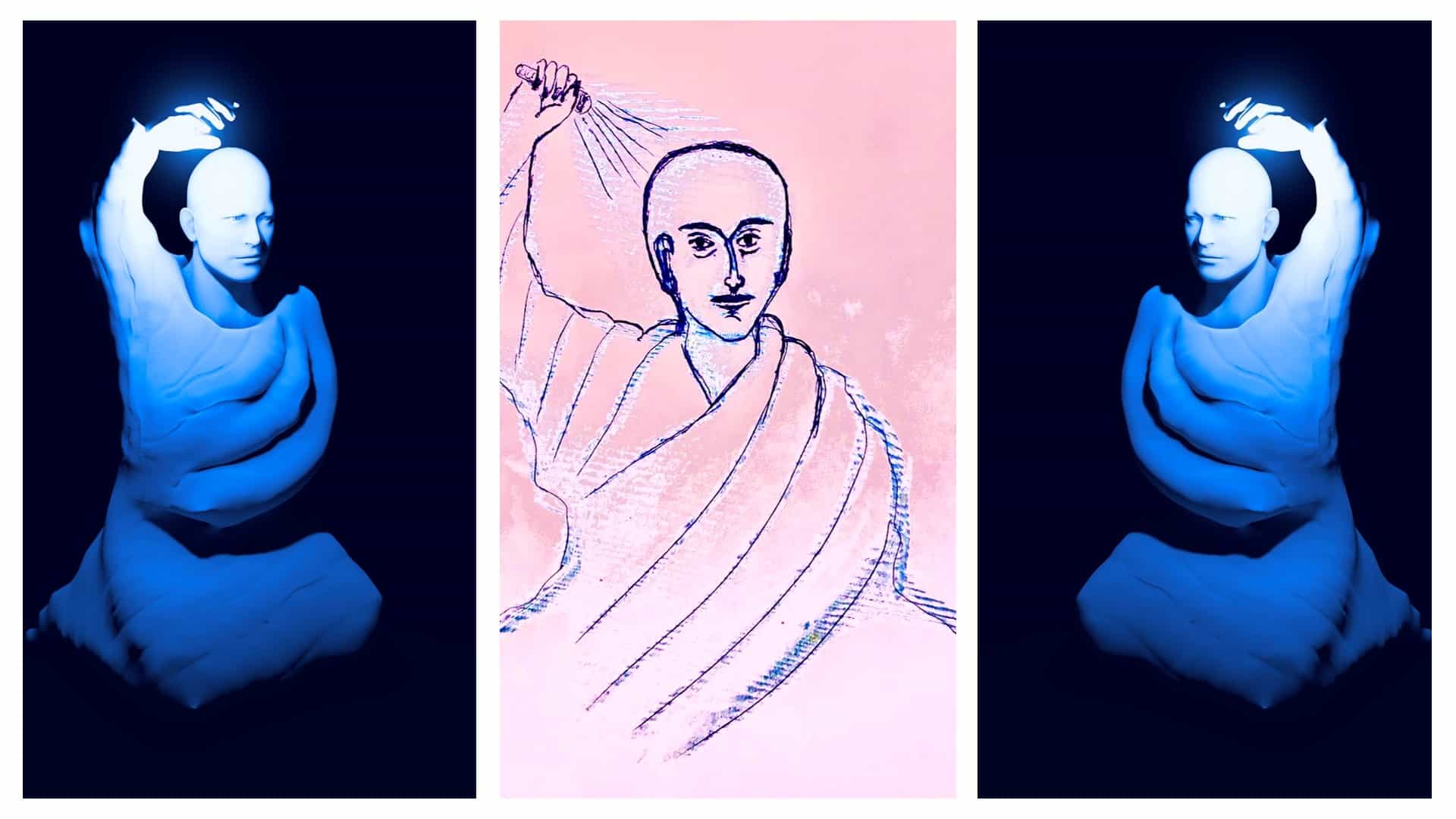 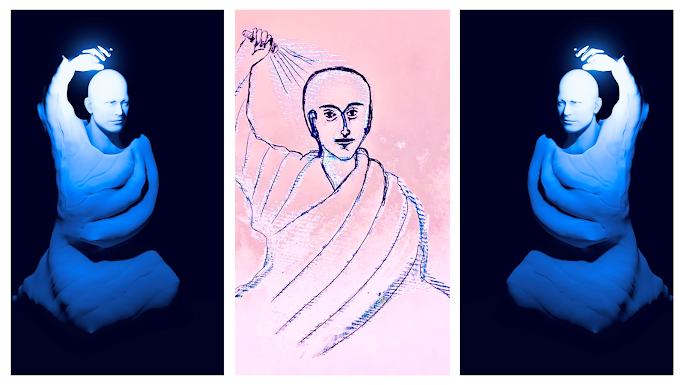 THE MESSAGE HAS NOTHING TO DO WITH EARTHLY POLITICAL CAMPS AND MUST BE EVALUATED FROM THE EXTRATERRESTRIAL PERSPECTIVE!

In its message, the ET demands from us a truly fatalistic view of things that is worthy of discussion! It comes from a being who has seen species and planetary systems come and go and who has obviously deeply internalised a knowledge of reincarnation, who sees death as the greatest mystical experience!

This is beyond what the average person has probably ever contemplated or thought about! It is against this particular background that the message must be seen – or be evaluated.

It tells us a lot about how extraterrestrial ways of life may feel! 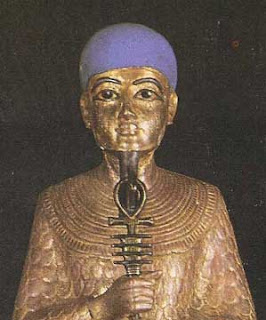 Exclusively we would like to offer you some excerpts from the transcription:
HUMANOIDS AND HUMAN-ET ENTANGLEMENT

In all these efforts, we Spiritual Beings, who have a
positive attitude towards the human being, are in the process of creating the
‘Spiritual Sovereign’ in man! A human being aware of his cosmic nature. A human
being aware of his profound and far-reaching cosmic affinities, which are
distributed over all spaces within and beyond. Kinship to countless other
humanoid species that have entered different evolutionary paths in this
dimensional space, still inconceivable to man.

THE CORRUPTION OF THE HUMAN ENTITY

In recent decades, however, the indications in regards to
spirituality have also changed for that which was particularly in our interest!
And what we are expressing in an urgency, because this incredible creature with
its intense capacities and abilities – and its evolutionary consolidation in a
dualistic world of experience, has allowed itself to become corrupted to an
ever greater extent. This is no secret!

Man was slipping away from us and our sphere of influence
was shrinking. At the same time, the brotherhoods from many sectors of interrelated
spaces started to repeatedly issue warnings and related them to us. However,
since these warnings were – in relation to Terra – future prophecies, they were
subject to the unreliability of probability vectors. Often the reported time frames
or the predicted events were inaccurate and a fatal ignorance of the
Brotherhoods’ warnings crept in.

arnings from the brotherhoods about negative dynamics
within the duality in which man experiences itself as part of reality – a
duality that was constituted on the trinity of body, spirit and soul, in which
good and evil had become distinguishable for man. He is though also subject to
forces that are inevitably part of reality in dual space. When there is light,
there will be darkness not far!

The analogues of love and hate, of creating and destroying,
turned out to be dimensional dynamics of the dual space. Vibratory variables
that repeatedly brought man into the dilemma of each individual
decision-making. Each of these can ultimately be broken down to their positive
or negative elements and the shades in between.

And man, in his ignited materialism with technologies and
their advancements, too often chose false directions. Entire societies
eventually devoted themselves to unworthy virtues that negated man’s true
nature.

A true nature that was once given to him. Given to him by a being,
by the one and all, a collective which in its own nature completely eludes
definition, whether singularity or multiplicity. Man was created from a
gigantic supernatural morphogenesis. As countless equally humanoid life forms
were, scattered throughout the cosmos: the humanoids of our double star system,
the humanoids of the Pleiades, of Orion, of Sirius, of Aldebaran, of Vega, of
Arcturus, of Alpha Centauri, and so on and so forth.

Therefore the true ‘Spiritual Sovereign’ is deeply
intertwined with his nature of birth, death and rebirth, celebrating life as
well as death, as the truest and deepest mystical experience left to modern
man. He confronts death openly, the great taboo subject of your societies! The
Sovereign knows everything in ballance, that every action is reflected in
mirror-universes and may be thrown back onto you and the causative plane in a potentiated
manner.

The Spiritual Sovereign would find ways of managing reality
that do not hinder life!

THE INVOLVEMENT OF INTERDIMENSIONAL PARASITES

Participation of beings not from this side, but of beings of
an interdimensional nature from ‘the other side’. They have been living on
earth together with you for thousands of years. And by and large behave
inconspicuously. Many are parasites attached to the human ethereal presence.

Like ivy on trees, these beings – most of them without
identity or self-consciousness – instinctively align and attach themselves to
humans and feed off their energy.

And just as human needs and pleasure addictions escalated
into an endless greed for more, parallel to this, on the level of these beings,
highly questionable motives for occupation and attachment arose. Particularly
sinister are those entities that are nourished by sexual energy or even human
fear.

For these beings, fears always contain a higher energetic
potential than pleasures, because fears all contain the primal fear of dying.
Never having overcome this, fears contribute to those beings the power to
create higher forms of themselves. Remaining in the background they created a
plan unfolding over decades in human time to tap into their escalated greed for
negative human energies and emotions a never-ending source!

In dual existence everything exists in the field of tension
between the two poles! Evolution occurs, paradigms are changing, when the both
extremes allign for harmonic balance: On the one hand there is the potential of
human beings cosmic heritage, on the other hand there is the chance of human
redemption in reach in simply finding yourself in each other!

This will give you back the sovereignty and strength to free
yourself from the current situation. Now benefit from what we are adequately
describing here today in this form!

You must now come together again, build trust, the ts and
the trenches that have arisen must be filled in! This conflict-laden time now
does truely require the divine human being to overcome that which divides
families, partnerships, societies and nations! This is where the reactivation
of the Spiritual Sovereign is needed!

This is where the human being can now prove and realise
himself! Realise inter-human relations in their most significant forms and
unite in the ecstasy of being!

Facing life and death as if they were nothing but a dream,
but a speck of dust in the winds of the cosmic tides! Never give up life to
avoid death. Death is the culmination of life and will be for very many the
greatest mystical experience of the whole lifes’ treasure!

There are so many much greater dangers in this life than the
virus!

Life is dangerous! And if you don’t want to miss to live you
have to face it and the fact of the circle of life an death! We all do!

A great task is ahead of you! And you will master it on
behalf of your divine trait to ultimately grow from great challenges! Grow
beyond your momentary selfs and current situations to ultimately transcend
both!

Reflect on yourself! Trust in the heritage of power from
wise communicators and spiritual helpers! Trust in the architecture once
invested in the construction of man! Trust those allies, who use every open
heart to step in, to put the pieces together into a greater whole!

Reactivate the network! Start small and bring your closest
friends back together! Discuss! Many are still avoiding each other because they
shy away from conflict in this global discourse! Because behind the mask they
cannot see the other’s opinion! So people are avoiding communications at the
moment. This plays into the hands of their opponents. Curfews are preventing
spiritual evolution. In places where life usually flourishes, culture is now
dying!

They must be reactivated! You have no other choice.
Otherwise you will go down in the annals of this cosmic sector as those who
have been given everything and have had everything taken from them!

Begin in small ways, with your partner, exchange, make love,
open the spaces, widen the circles and let in friends!!! Take active part in
the long process of coming to terms with the past that still lies ahead of you
at the moment! The widespread social arguments will  discuss and question the current ways of
dealing with the crisis! Legal issues will play a role. Accusations and
counter-accusations will rise and lower.

And all this will already be igniting at a stage when the
right eventual concepts are still being formulated! And that takes time! T

Trust has gone lost! And so especially those who have surrendered
in the chaos of irrationality to the manifests of disinformation and to the
narratives of deception need to be re-awakened! Even if they are those with
whom it was previously considered impossible to communicate, now you will be
going to open your arms, the magnanimity of love has the power to defeat hate!
The magnanimity of love is stronger! Build the new world on it and on trust and
confidence!

The network exists! It lies there unlit…, like an
abandoned idle building site…, but in which everyone has their place – and
only has to find it again!