VIDEOCLIP: SPIRITFORMS AND ECTOPLASM AT THE FLOW CIRCLE

Home » VIDEOCLIP: SPIRITFORMS AND ECTOPLASM AT THE FLOW CIRCLE 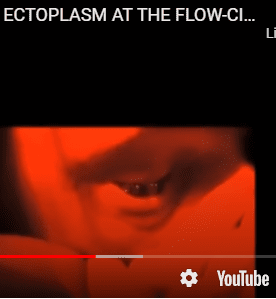 Eventually we can share with you some hard facts about the FLOW Circles Activities, and they do come in visual form. A video clip reporting some events and showing the strange apportation ability of Deep Trance Medium Albert.
The only drop of bitterness is the strict anonymity Albert has to uphold, because of his high ranked job in German finance.
Anyway we will keep you posting with news and recordings from the circle, because Albert, besides he has some kind of natural trance ability was coming as a scholar for years from the South of Germany to Hanau and trained the guidelines of the Felix Circles school, so to speak.
So we are particularly proud about the development.
We believe it is not a coincidence that his first phenomena very much resemble those of the Felix Circle Medium: Raps, Levitation, Trance, Apportation and finally…Ectoplasm!
And particularly happy we are about the fact, that it is Albert, an absolutely unquestionable character in his sixties already!

Stewart Alexander writes in his book that even though there might have been minor phenomena from the start, from another point in time onwards it was as if a knot had bursted, a floodgate opened and phenomena were starting to build quickly and show strength and stability, unprecedented.
With the Felix Circle Medium it was happening as well that way.
And Albert and his FLOW circle seemed to have reached that point in time at this very moment!

So now we wanna wish you some amazing moments watching Albert producing something of a size and nature that does not at all match with the natural environment it is coming from.