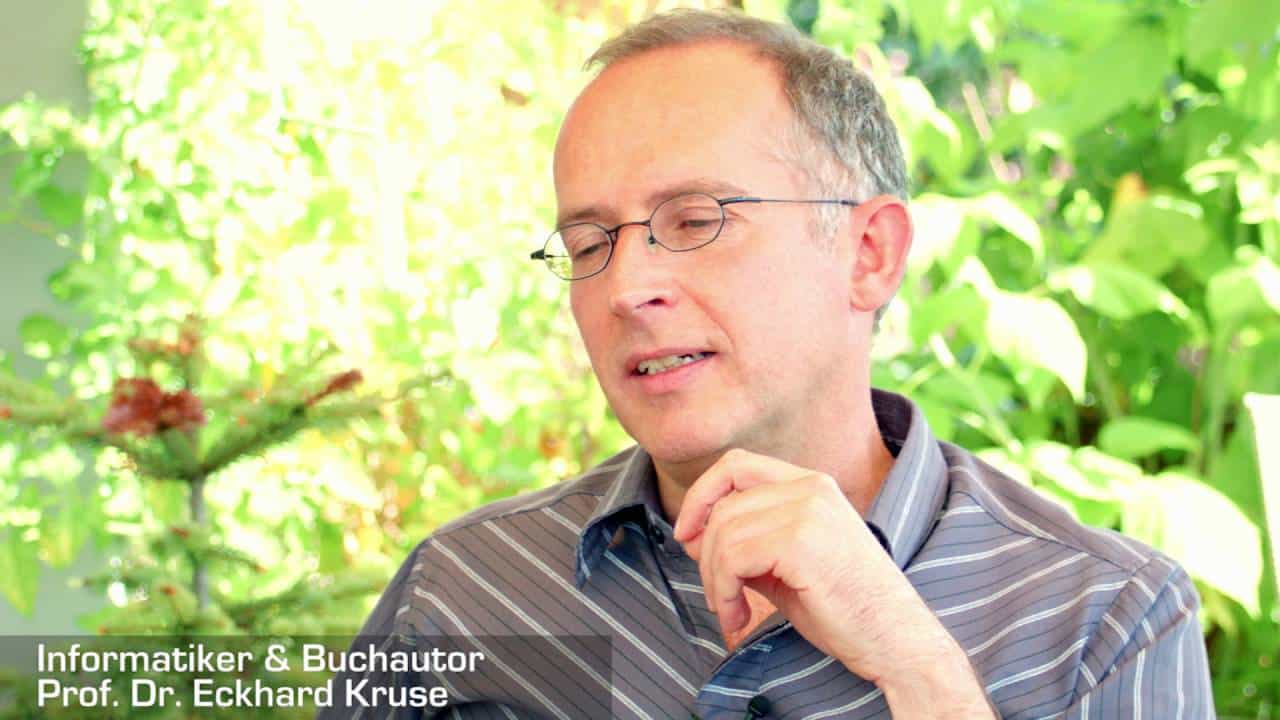 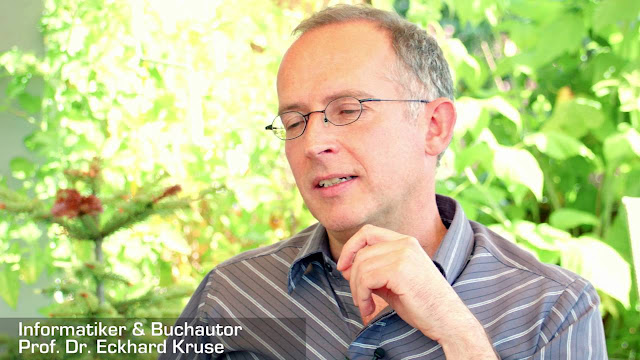 THE OUTCRY
The outcry was great. A secretive shot several years ago revealed the physical medium Gary Mannion freed from his control bondage and seemingly accomplishing typical Séance-room phenomena in the darkness himself. An international outcry was the result. The critics had only been waiting for something like this, and even inside the Spiritualist Movement they showed themselves relentless. In the group of spiritualists – or rather survivalists – there was not a single attempt to subject the event to more complex analyzes. There was absolutely no attempt in the institutionalized scene (publications, faculties and associations of all kinds) to examine alternative causes besides fraud rather than simply to stamp out the mediumship and personality of the medium.

The illegally produced video and its unlawful publication provided too perfect a screen for those who would like to negate the manifestative forms within spirituality for ideological, personal or competitive reasons. The only ones who jumped in for their medium at that time were the spokesmen of his home circle in Australia, who held evidence in hand Professor Kruse found out for himself years later, that the video could not reveal the whole truth about Mr. Mannion’s mediumship skills.

Understandably, however, these could hardly be heard within that concerted outcry that had obviously been planned with the international release of the video.

BASED ON FACTS
And reasons to ask all sorts of questions, to establish a historical context and to question the moral examples that are repeatedly stated of mediums, there would have been enough!
Professor Kruse does not do this kind of historical and social analysis. But it’s not his job. Professor Kruse does what enables us to ask the right questions in this context based on facts.

But can one trust a German professor? E. Kruse is a professor of computer science at the Dual University of Baden-Württemberg-Mannheim and parapsychologist and – often together with partner Dr. med. Heike Bauder – a typical upright representative of the scientific guild, if there is such a thing. I mean, what distinguishes him as a human, because I know him – he is analytical, intelligent, careful, testing, reserved, analytical, progressive, technical, versatile, honest, humorous, straightforward and … analytical! A clever head – and you have to be well – at a professorship in computer science!

Not one who could be fooled around x for u. In his research always on ‘waterproofness’ considered. This has already earned him the first parapsychological publications, including the SPR, the Paranormal Review, and peer-reviewed journals such as the Society for Scientific Exploration. You can trust a German professor and even more one like Eckhard Kruse.

SO WHAT DOES IT SHOW THEN
And this Eckhard Kruse has proven in a scientific documentation that is many times larger than the published website, physical phenomena in the mediumship of Gary Mannion. It is hard to imagine negating his findings in its entirety! The full report is available in English on Prof Kruse’s website!

Yeah, but if that’s so, Gary Mannion is not a fraud now, how do you rate the video now that it’s clear that the medium is indeed capable of triggering genuine effects of the séance-room? So what does it show then? Has there ever been such a thing in the history of mediumship before? Was the medium freed by its spirits or was it only helping out on a weak day?

Only helped out on a weak day? What is commonplace in other parts of society, politics and science (more than 31% of the population claims to have ‘helped themselves out’ in delicate situations in their job – the dark digit is hereby more than the double the number) is unthinkable in mediumship. Time and time again, moral examples were stated of mediums seemingly nobody else in society would be able to fulfill. Once the suspicion was publicly stated, mediums were de-classified. ‘Thrown away’ by a spiritualist establishment and worth no second chance or look, though ‘helping out’ – to a certain extent of course – is quite clearly in anthropology regarded as simply human. Life and people are not just black or white …!

RAISING QUESTIONS
Of course, this raises questions about how we deal with our next in such a case – in our humanitarian movement. It raises social questions about honesty, for example in politics and science. Very often scientists were involved in directing mediums onto the public scaffold. Representatives of a guild who were and are even affected by the most scandalous frauds. Namely, the ‘PhD’ fraud, drug fraud, medical billing fraud, fraud in scientific expertises, data and statistics fraud, and fraud to publish on the highly competitive scientific publishing market, etc., etc., etc.! And from these circles the absolute relentlessness against alleged misconduct of mediums was and is particularly demanded again and again!

Should I continue with scams in politics? We’re already sick, I’m giving it up!

THE PHARISEES
Only a handful of medium-researchers knew and reacted onto the problem with the Pharisees in the Movement and wanted to protect their mediums, which they could sometimes watch in the smaller or larger helping hands, even though they undoubtedly were among the greatest mediums of all times. This included names like E. Palladino or Jan Guzik or Indridi Indridason.

One of the most telling cases is the Indridi Indridasons. For nearly a century, those researchers who could read and understand the original Icelandic protocols held back the fact that, despite Indridi’s undoubtedly was one of the most impressive physical mediums ever, they once caught him in the act of cheating. For a century from their pens was read exclusively about his great phenomena that Indridi was able to trigger, such as the loud singing of multiple voices in different places inside and outside the experimental space, almost violent self-levitations that reared up his body into the air in a way that the inspectors who held his hands were afraid to be carried along, and much more, but nothing about any attempted fraud.

They wanted to protect him -as their medium in the first place, but at least they wanted to protect him instead of throwing him in front of the wolves knowing which undifferentiated judging would be charge for them. Yes they had cheated, usually in front of them or when they had a weak day, but their mediumship was too valuable to throw it away. Unfortunately not all involved parties think that way!
So it was not until 2017 – 107 years after his death and his career – that the intentionally withheld photographic material on Indridi was revealed, intending to raise same questions that we face in the case of Gary Mannion.

TRANSFIGURING?
However, in the case of Gary Mannion, we tend not to believe that he has ‘helped out’ this evening. Do not believe that he, knowing about possessing capabilities, probably felt legitimized to substitute them!?

For Mr. Mannion it allegedly was all puzzling, how he became freed from the cable-binds, but found ‘in control’ at the end of the séance in his tight and marked cable ties tied into the chair. The illegal video shows even this particular process, which apparently lasted only 1 to 2 seconds and happening  behind ‘the curtains’ of his ‘Cabinet’ serving one-man tent. Something fraudulently impossible to accomplish – and certainly not in this short period of time.

So what was really going on? This question leads us to another taboo within the movement! Gary says everything happened unconsciously and the spirits released him and put him back in the cable-tied control of the séance. And he does not really know any more about that!
One of the guests of the evening even checked at the end of the séance the cable-ties and declared everything as ‘correctly attached’ and additionally ‘correctly’ marked with a black pen.

FREED BY SUPERNATURAL MEANS
The truth is that over and over again, mediums were being freed by their supernatural ‘spirits’ or by their supernatural powers, from their seemingly insurmountable control bonds! For this reason, since the beginning of the experiments in the Experimental Spiritism in GERMANY in the midst 19th century, the mediums are hands-on secured and held at limbs and not tied up to avoid such or similar misunderstandings.

Helen Duncan, for example, tied up, tied into a sack and secured with several wax seals, was often seen standing in front of the cabinet for a few minutes after the white light was extinguished and doing things that people did not understand. This rarely led to allegations, as Helen ended up – just as puzzling – again in her original bondage controls in her chair. Still it was understood as a phenomenological act as a whole – by the spirits and called it ‘transfiguration’: the medium embodies – freed through the spirits – their will!

More recently, the medium Stewart Alexander demonstrated in almost every one of his séances how the ‘Spirit Team’ freed him from his cable-ties within a second and just as quickly tied him up again. At that time, however, the binding control was publicly communicated as an insurmountable control instance, which it obviously is  not!

So the case of Mannion is a case of liberation by the Spirits and Transfiguration in the following!?

SENSITIVITY MIRRORS OTHERS DECEPTION
Or was everything totally different and in the sensitive trance-state- and subsequently in the entranced actions of the medium – the unconsciously perceived intent to deceive him somehow became mirrored and literally realized in his own doings! Manifested through his unquestionably existing mediumistic abilities….!
All these differentiated questions about Mannion were rarely asked, and Prof. Kruse now provides hard data, so perhaps for the first time to consider the case so differentiated!

In fact, his highly interesting website is only a very small part of his enduring work with the medium Mannion (full report available on the website to download!) – and yet a very important contribution to the field of ‘manifestative’ forms within spirituality – or Physical Mediumship.

We therefore refer the esteemed reader once more to