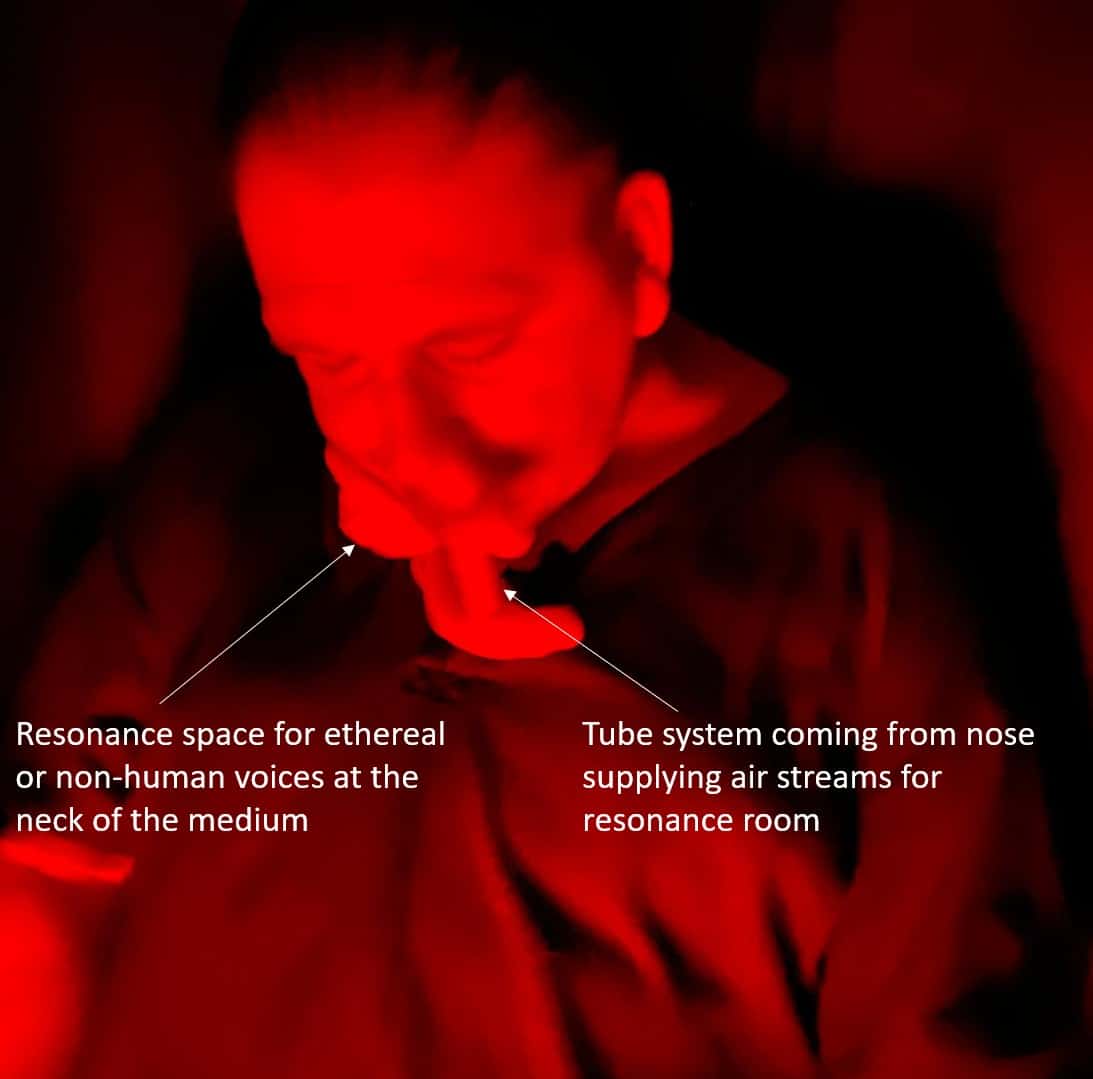 During the deep
trance live event with Kai Mügge and the Felix Zirkel Spirit entities ‘The
Alchemists Speak – Aliens and Interdimensionals’ an ‘ectoplasmic voice box’ was
materialized, which allowed a gatekeeper Ptah from the double star
constellation Zeta Reticuli speak directly to the participants.
Ptah, who claims to
be over 6000 years old and to be part of an extraterrestrial enterprise during
the period of the Sumerian-Egyptian civilizations, which supported and secured
an ongoing civilization expansion process, reported directly via the entanglement
of consciousness and his voice was heard via the voice- Box audible!
The very strange and
peculiar voice, which can only be described as extraterrestrial, was heard in
the episode, which only allowed incomplete understanding.
The ‘Ectoplasmic
Voice Box’ is a well-known séanceraum artifact that performed its functions
with well known mediums of the past. It is expanding the human vocal apparatus
to reproduce reproduce vibration patterns of ethereal non-human voices and
speech manners that are alien to human speech!
We decrypted the
message, which unfortunately broke shortly before its end, in an hour-long
analysis process and made it available first in german exclusively for the audiences of the event, before it is shared publicly.
As soon as we have
Ptah speaking in the english episode we will publish also first into the group and
after a few days publicly!
In the future,
increasing activation of this fascinating contact will achieve better
understandable messages, whereby one also can hardly escape the fascination of this
audible alien voice in the first place!
Spirit
Control ‘Hans’ confirmed moreover that the alien Ptah had indeed found its way into the
motifs and pantheons of the Egyptian gods!
The voice box was
filmed and photographed during its appearance at the alchemist broadcast
directly from the Felix Circle séanceroom!Upcoming is the English Version: 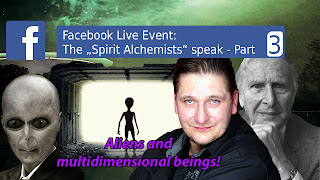