Dear Friends, again we present today pictures from Brazilian Materialisation Experiments, that are not so well known under European Researchers. The captions being used are the originals of the specific publications where the pics once were published and do not represent the opinions of the authors of this bolg! Enjoy! 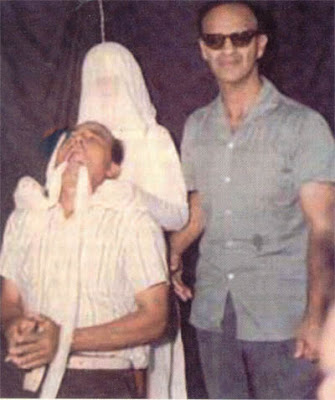 Photography that shows the medium Antônio Alves Feitosa, supplier of the ectoplasma, with the spirit materialized directly behind him(Sister Josepha). On his right side Francisco Cândido Xavieir, another brazilian Medium is standing. This photography was done by Nedyr Mendes da Rochas in the year of 1965, in Uberaba, MG, using a camera WING marks Roleiflex and movie Kodacolor of 100. The development of the materialized figure was done in darkness, this photo was done by photo-flash. It is interesting to notice the ectoplasma coming out of the mouth of the medium, like if it were clothes, “falling” downwards to the ground. This materialisation was achieved through a “joined” mediumistic approach, and when this photography was done, a third medium, Otília Diogo, was seated inside the cabin. 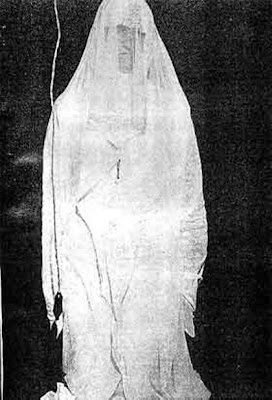 Sister Josefa materialized in the city of Andradas, through Otília Diogo. The face of the entity is in no way identical with the face of the medium. This phenomenon also happened in a session arranged for local reporters. 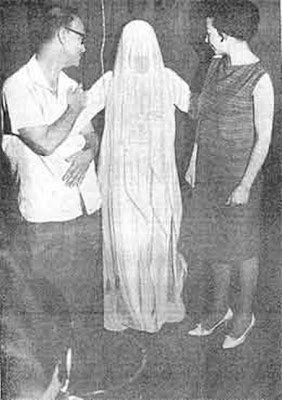 The completed and now autonomous acting materialized form of Sister Josefa with her bulky and complicated clothes. The marvellous entity is hugging Francisco Cândido Xavier and Wanda Marlene. The photo, of Nedyr Mendes da Rochas was made in front of a group of attending medics. 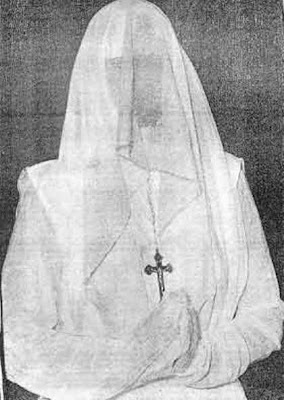 Notable photography of the materialisation of Sister Josefa, in Uberaba. Sometimes, during seances, sitters are able to witness, when her face undergoes various “modifications”. 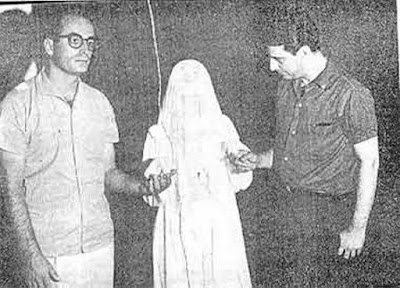 Waldo Scallop and the reporter José Franco being touched by Sister Josefa in the famous experimentation of the 3rd of January 1964. 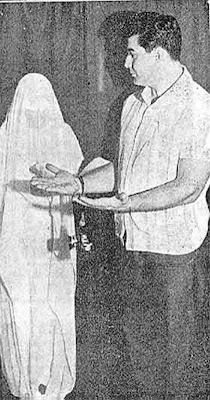 The reporter Jorge Audi with Josefa posing beside him. Like José Franco, Audi had attitude of humility and deep respect when the materialização saw. 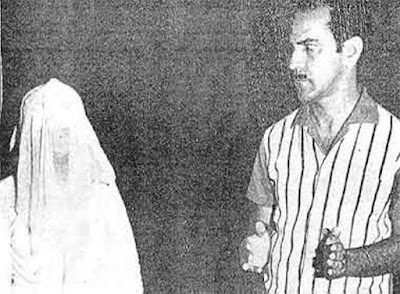 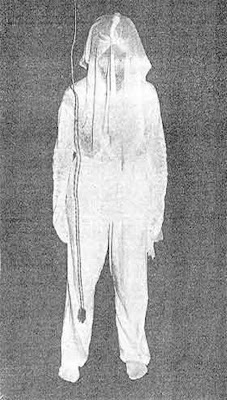 Total Materialisation of Alberto Veloso, who was a surgeon working with Dr. Waldo Vieira, before he died. 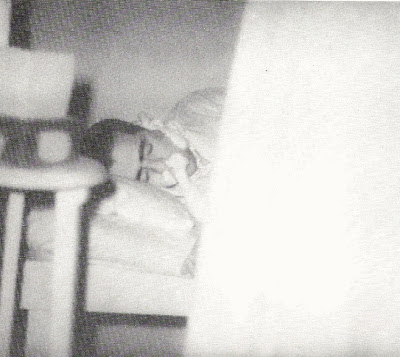 Here we see a Materialisation Experiment from the Eighties with the medium Ivam Feirreira Castro in the Santuario de Frei Luiz. 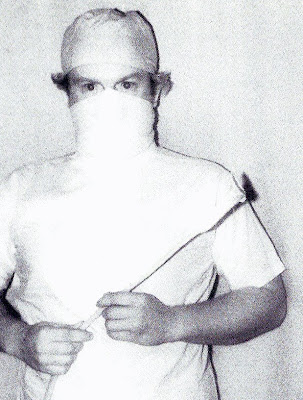 And this is, what he materialises, the full form of a German doctor called “Friedrich Stein”, who immediattely began to treat several sitters inside of the Seance Room. 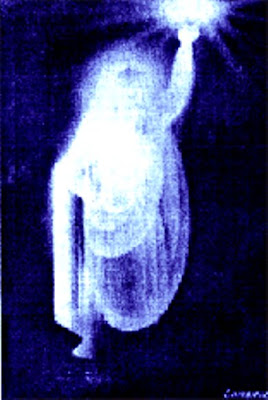 Illustration of spirit control “Emmanuel’s” magnificent Materialisation through the medium of Chico Xavier by the artist Joaquim Alves, of the Spiritualistic Federation of the State of Saint Paul-FEESP, who was present at the phenomenon. During Emanuels last appearance he said to the sitters: “Friends, the Materialisation is a phenomenon that can dazzle some, but let them also benefiting from physical cure. However, it is the power of the bible, it is like a rain that fertilizes the most beautiful flowers, reaching millions of souls. Because of the will of spirit, from this moment on, these meetings are terminated.” And from that day, Chico – the discipline in person — never again carried out a materialisation seance 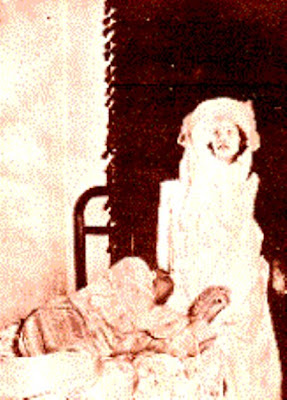 Materialisation of the spirit “Ana”, in 14/12/1953, where the medium Peixotinho can be seen in ordeal (sic) laid on the bed. This medium carried out experiments at the home of Francisco Cândido Xavier allowing, through his faculty, in the main close friends of the sitters to materialise. 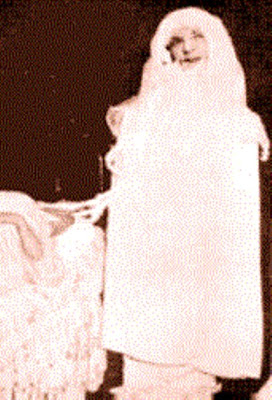 Another materialisation carried out by the medium Peixotinho. the peculiar face of the form was identified by sitters as a close friend, died during a car accident. 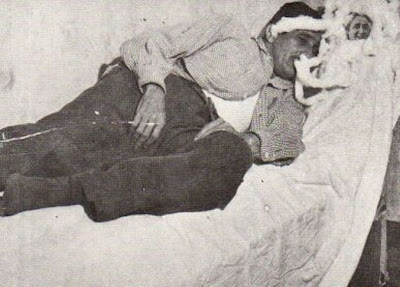 Process of extruding ectoplasm for a partial materialisation of the spirit of Lady Maria Gonçalves Duarte, who in life had been the wife of the spiritualistic Portuguese speaker, Isidoro Duarte Santos.