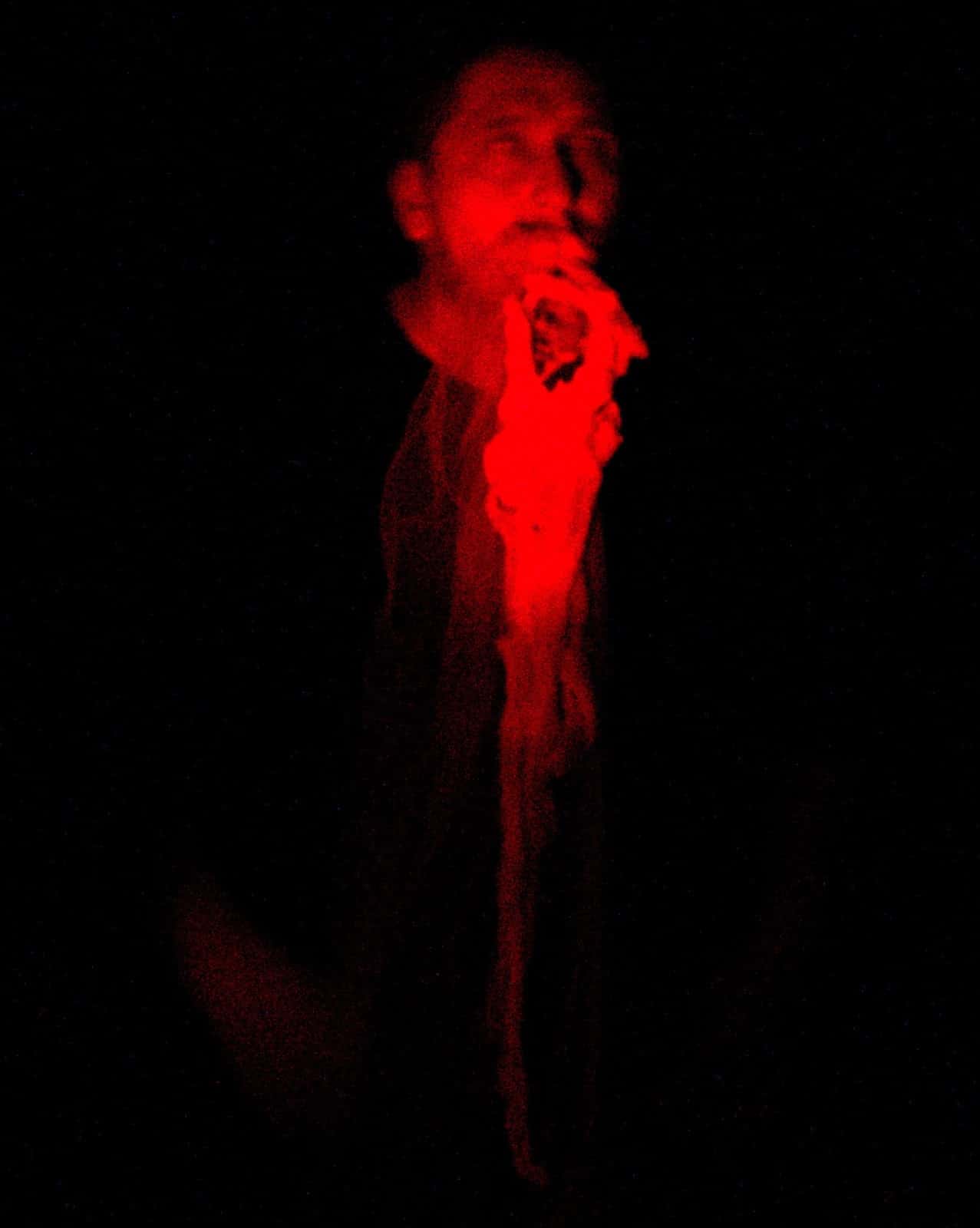 ‘The
blockage is finally gone’, Gisela told me with an exhausted, but bright
smile on her face. It is a face that expresses benignancy, but also a
long story of personal suffering. ‘It was so strong, the release – and
then it happened and i couldn’t stop it and started what i couldn’t
achieve for 15 years: to cry…!’

’15
years…’, she said as if she needed to reassure, ‘is quite a long
time…! And it was like concrete in front of my chest always – and now
it is gone! And my pain in the knees I had for 5 years went with it
too!’
16
hours earlier Gisela had received a powerful personal and thorough
message from the spirit realm kickstarting her release. She was not the
only one, besides most of the sitters that felt hugely embraced and
emotionally adressed by the spirits teachings and verbal contents shared in the séances
of ‘Hans’, the main spirit-control, there were at least 2 more sitters who
experienced also powerful personal healing.
Sometimes
the physical phenomena are so consuming in their fascination that too often these personal stories, that happen frequently,
aren’t been told.
And
magical it surely was, the yesterdays first cabinet séance, I was told
about the whole day by deeply satisfied then sitters.

And at the very first day of séances one of our table related sittings tuned the second day of the week into the symphony of power lectures, meditations, breathing techniques, Ufo/Stargazings and more: IBIZA 2018 Spiritual Activation Week, an 6 days event created by Switzerland privatiers Kappeler and Klaus-Lis together with KALIA Mind Expansion and the Felix Circle.
The table related séance: a classical start with objects flying through the room, spirit lights speeding and swirling, huge objects from the exterior landing on the table inmidst of the room where all are positioned around, full levitations with fully held medium asf.. Medium not fully entranced, but more fully part of the groups enthusiastic flow and group related trance – to install the spirit teams power at the new location to fully profit from it during the cabinet séances the upcoming days.

Here we are now at the Villa Las Flores, an exceptional luxury beauty and everybody is talking about the first cabinet séance yesterday: the trumpet I had learnt was flying quite early its exuberant flight paths beyond any reach of a human hand or arm and created ecstatic response by the sitters, mainly by those the trumpet was chasing down onto like a hawk, but playfully though.

It
was shortly later, after these spontaneous red light materialization events from the palm of the hand producing activation objects for sitters, when
a specifically fascinating event must have taken place everybody was talking
about: an open miniature spirit portal – built in the middle of the mediums hands palm – a blueish shimmering
sphere emanating a mystifying light –
demonstrated in connex to understand the palm-apports better. Jennifer was one who had received such a hand palm apport: ‘It was suddenly there, I watched directly into the downright held palm, sitting beneath. It was empty and suddenly it was there! You cannot explain it, it is a mystery! And then the gemstones pouring from eyes, mouth and nose. In the ears it was again so deeply embedded that Julia had to operate quite a time with her mini-screwdriver to excavate one of the hugest stones of the evening.’ 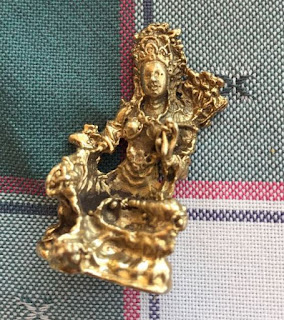 Martin
then agitatedly described to me vividly the demonstration of such a portal responsible therefore: ‘A morphing
sphere-like cloud, huge as a football maybe, was taking place to swirl
around the mediums outstretched hand with a shimmering blue center seemingly inmidst
of the palm. From time to time blue bolts of lightning of very different grades of
strength quivered throught the dynamic mass and illuminated it and
– dependent on its strength – the whole room!
Again and again the medium reached
into the transparent mass and tried to lay the center open,
only to see the layers of mass close the entry again…! That was pretty spectacular!’

Tim added: ‘And then we saw how an organic mass exited the right eye of the medium and prolonged down to his chest, from both corners of his right eye coming…! It grew and grew until it had reached chest-level. Then, meanwhile detaching it and explaining the eye would be too affected if carried on, the medium retreated into the cabinet.’

Shortly later lights went on again and the trance controller Hans, a deceased and renowned parapsychologist, claimed another of my main physical guides wanted to show up and imprint the ectoplasm with an image enabling everybody to identify him: Freiherr Schrenck, the german experimenter and author of ‘Phenomena of Materialization’.
What is usually shown this time wasn’t: the extrusion. It was already there! The mass on the floor.

From the heap on the floor suddenly a part erected and moved rhythmically to and fro… – the trance controller Hans asked if visibility was given in so far that Schrenck had succeeded to show up and if sitters did recognize or even see him… – somwhere within the mass…!? Only a few thought so. More and more volume gained the erected column and started to thicken its upper and frontal part and then it became fully visible! An image embedded into the top of the mass – others saw a hand holding it between thumb and index finger…
But still not everybody could see it well. Now something peculiar happened. After the people expressed the invisibility, the medium started to make strange movements with its mouth. The lady that did the hand control opposite to Julia suddenly saw how a well visible thread was building from the mouth to the top of the column. Then with gestures like a fish gasping for air the medium was somehow pulling the column into its mouth, where he presented its top with the image well visible in front of it. Everybody was then called to evaluate the built image.
(End of day three…)