‘IN THE PORTAL WE ALL SAW THE FACE OF THIS OLD LADY WAITING PATIENTLY FOR HER RELATIVE…!’ – READ WHAT SITTERS IN ÖREBRO, SWEDEN, EXPERIENCED IN FELIX CIRCLE SÉANCES APRIL 2019

Home » ‘IN THE PORTAL WE ALL SAW THE FACE OF THIS OLD LADY WAITING PATIENTLY FOR HER RELATIVE…!’ – READ WHAT SITTERS IN ÖREBRO, SWEDEN, EXPERIENCED IN FELIX CIRCLE SÉANCES APRIL 2019 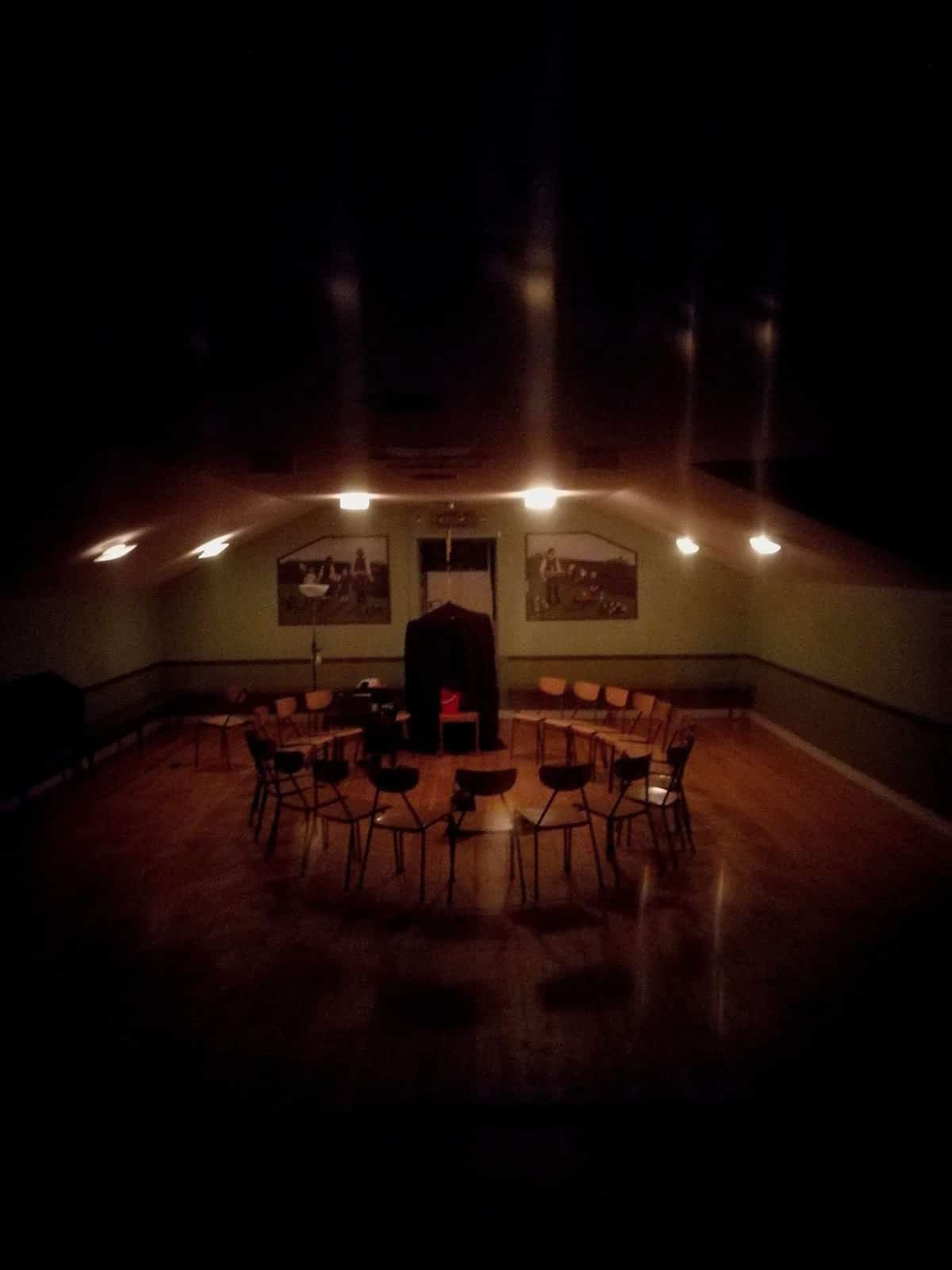 ‘IT IS IMPORTANT FOR ME TO TELL YOU HOW FANTASTIC YOUR (SPIRIT-TEAMS) WORK IS ….’

‘You really touched my heart with your words on Friday and Saturday.

I am not sure how much personal feedback you get but it’s important for me to tell you how fantastic your work is.

‘MY WIFE CONCLUDED SHE DOESN’T ANYMORE BELIEVE IN GHOSTS – FOR SHE IS A FIRM BELIEVER NOW IN GOOD SPIRITS ….’

‘A heartfelt thank you for this weekend!
My
wife concluded that she doesn’t believe in ghosts anymore!
But she is
now a firm believer in good spirits! All participant was good people,
open, of service and inclusive.
For me I got what I came for, a new confirmation that we are living in a bigger world!
The apports were the best thing for me, seeing how they appeared from every opening was fantastic.
The extrusion and liveliness of the ectoplasm was also very impressive. The spirit-team delivered on every point on my checklist of expectations!
The only thing a miss was a Q&A with ‘Hans’, the main guide.

You have developed a lot from the last time in Deje (…). More solid energies and Hans talks much clearer now.

‘IT WAS SO AMAZING THAT IT IS HARD TO CHOOSE JUST ONE EXPERIENCE TO DESCRIBE …!’

‘IT WAS INCREDIBLE, FOR EXAMPLE THE LEVITATING TABLE, OBJECTS LANDING ON IT AND AROUND US …’

‘DURING THE ENTIRE SÉANCE YOU COULD FEEL THE PRESENCE AROUND YOU. A PLAYFUL, CURIOUS YET KIND PRESENCE THAT OBSERVED US. IN THE INNER CIRCLE I FELT LIKE SOMETHING WAS STARING DIRECTLY AT ME JUST INCHES AWAY FROM MY FACE – AND IN THE OUTER CIRCLE IT FELT LIKE SOMEONE CAREFULLY WAS CIRCLING AROUND US, INSPECTING US, MEASURING US ….’

– Day 1
I am (soon) a 28 years old male and this was my first “properly organized” seance i’ve experienced.
Like most people with an interest in spirituality and “outworldly” phenomenon i’ve tried some experiments myself
and with friends but the results of my spiritual experiments this far have never been anything close to what i got
to experience during this weekend.

I wont describe every part of the seance but would rather like to summarize it:

First off, a gathering with so many people who all are traveling the path of spiritual growth is a powerful experience.
You can feel the collective energy around you, like if its in the air you breathe and your entire body reacts to it.
I’d like to compare it to when you hold several “plus charged” magnets towards eachother and they push eachother slightly
so you can feel the tension between them. Just as with “real” magnets it also works for charging up and
fixating/balancing the magnetism – so “all magnets” get on a relatively similar level. So i want to thank everyone that
showed up and shared the experiences we had this Weekend.

The first night we gathered, Kai and Julia Muegge held an initiating table seance.
We split up into 2 groups, an experimental one and an observer one around the first. So we had an
inner circle where the first group would sit and every member placed their hands on the table, and the second group
was sitting in an outer circle an armslength away from the inner circle and holding hands.

Before the Séance was opened, we all got to try lifting the table and have a good look at Kai and Julia to ensure that no strings or tools were involved.
The table itself was a cheap plastic table. Trying to lift the table while everyone had their hands on it was a very demanding
task and noone was able to do without a lot of effort.
This was demonstrated to show how much energy might be involved should the table lift during the session.
During the Séance itself, we took turns to be in the inner and outer circle. So everyone got to experience both points of view.

The lights turned off and the wonderful music started playing and the magic started happening.

The table moved in circles,
tilted roughly from one side to the other and even levitated. The lights were turned on at important moments in time so we could see the movements,
and ensure that no tools were involved etc. At times the table slammed its leg so hard right between my feet and kept doing it for
what probably felt like longer than it likely was. And if any sceptic is reading this, the force of which the table slammed its leg
down between my feet wouldnt be able to be happening unless i myself were grabbing it with all my strength from a standing position
and having a real gym workout to work against the collective pressure from all the surrounding sitters. It couldnt efficiently be moved
by a person within that close space without everyone else noticing it.

Objects were also thrown/flung/placed on the table by the visiting entities. For example a chair got moved on top of the table with a loud slam
in total darkness, expertly avoiding all sitters heads and got placed with its legs just inches away from the inner
circles sitters fingers. Which would also be next to impossible for a human being to achieve without severly wounding any of the sitters.

Also a note for any spectics reading:
We were on the top floor of a 2 level building with a very creaky floor. Any movement made by a person would make creaking sounds that all of us
would hear. The stairway door was also locked from the inside so no one would possibly be able to enter after the lights turned off.

‘WE WERE ALLOWED TO WALK UP TO KAIS BODY AND HAVE A LOOK AT THE PORTAL, IN WHICH WE ALL SAW THE FACE OF THIS OLD LADY WHO WAITED PATIENTLY TO SEE HER RELATIVE ….’

– Day 2
Day two we had a completely different experience.

No more were we gathered around a table but instead we sat in an oval shaped circle in close proximity of eachother, with a space
in the middle where some objects like a drum and a bucket were lying on the floor.

After the briefing and initial stages of the second seance we were once again holding hands, shutting down the lights and sang along with the music.
The medium Kai was placed in the long end of our oval shaped circle, with his back to a small black cabinet.
After a while we could hear Kai doing his breathing routine and like coughing and within a brief moment Kai was with us no more.

His body now being a conduit between realms, an instrument
of which the spirits can communicate through and connect with us, the surrounding sitters.

The most notable spirit joining us was Hans, which was responsible for the vocal communication and played the part of conductor of the seance.
With Hans guidance and Julias directive the night moved on.

One summary of some of the experiences during the night was the different kinds of objects being moved, thrown and grabbed from the sitters.
A handkerchief was playfully roaming the circle, touching the sitters, beautifully dancing in the dark and were allowed to be held by the sitters so we
could feel it being pulled by one of the numerous entities that were involved during the night.

A card-board-cylinder or ‘trumpet’ was also one of the
things being played with, whizzing around, poking the sitters on the heads, hands and chests. We also got to hear the spirits drumming for us and felt the touching of bare hands on the hands, legs or the hair of sitters.
All objects had been dotted with luminous paint so we could track the movement and interaction of all objects during the dark sessions of the event.

One of the later events had the spirits gift us with gems, pearls and similar objects. How did we receive these gifts one might ask? Well, its hard to explain how.
But they poured out of our Mediums body, specifically his mouth, nose, ears and even out of his eyelids. You could see the gems taking form, growing into size
and eventually “crawling” out from the eyelids. This was also done in red and white light so all sitters could witness the event.

Some sitters also received specific gifts from
the spiritworld, for example one of our organizers Anna recieved an activation stone that was created from the mediums hands. In one moment there was nothing, in the next a
spark occured and the stone dropped to the floor for Anna to receive.

The final big event of the night was what alot of us thought only could occur in fiction. The famous or infamous, depending on the viewers perspective, exteriorization
of ectoplasm.
Kais physical body had to work hard for this one, after some coughing and whistling of his working body it started taking form. What looked like cobweb was slowly pouring out of the Mediums
mouth and at the very end of the ectoplasm was the shape of a hand. The hand was slowly moving, like it was testing its weblike joints until it waved at us.

A moment later
the hand looked like it was about to relax and work on its form some more, now hanging down towards the floor again. Just before we had to turn off the lights again i
thought i cought a glimpse of it changing its colour and texture to something more human looking, like a proper hand with the rest of the arm still retaining its cobweb
looking texture.

After a moment in the dark we were allowed to witness the ectoplasm again, but now it had completely exited the mouth of the Medium and was lying on the floor in a blobshaped
pile. Pulsatile and slowly moving, it finally stretched for the Medium again, as if it needed to connect to its source of energy, and then it went dark.

The last stage involving the ectoplasm was about the last major events. Once we were able to see again the ectoplasm had formed under Kais chin in a big and round shape.
Now the spirits had a message from the other side, a family member of one of the sitters where waiting and wishing to see its relative. Kais physical hands were moved towards
the ectoplasm and grabbed into it, pulling it apart to form a “hole” in the middle. Making a kind of portal which allowed us to catch a glimpse of this other plane.

We were allowed to walk up to Kais body and have a look at the portal, in which we all saw the face of this old lady whom waited patiently to see her relative.

All in all it was a great experience. Im a bit torn between being grateful for the experience and sad for possibly not getting to meet Kai and Julia again.
Ive got so many questions, more now than ever.

Lastly i want to thank you both again for coming all the way to Sweden and sharing these experiences with us.