THE MORPHOGENESIS OF SPIRIT FORM – HANDS, HEADS, TORSOS, AND FACES OF THE DECEASED IN ECTOPLASM – through the Felix Circle Mediumship of Kai M. and photographed by Shannon Taggart

Home » THE MORPHOGENESIS OF SPIRIT FORM – HANDS, HEADS, TORSOS, AND FACES OF THE DECEASED IN ECTOPLASM – through the Felix Circle Mediumship of Kai M. and photographed by Shannon Taggart 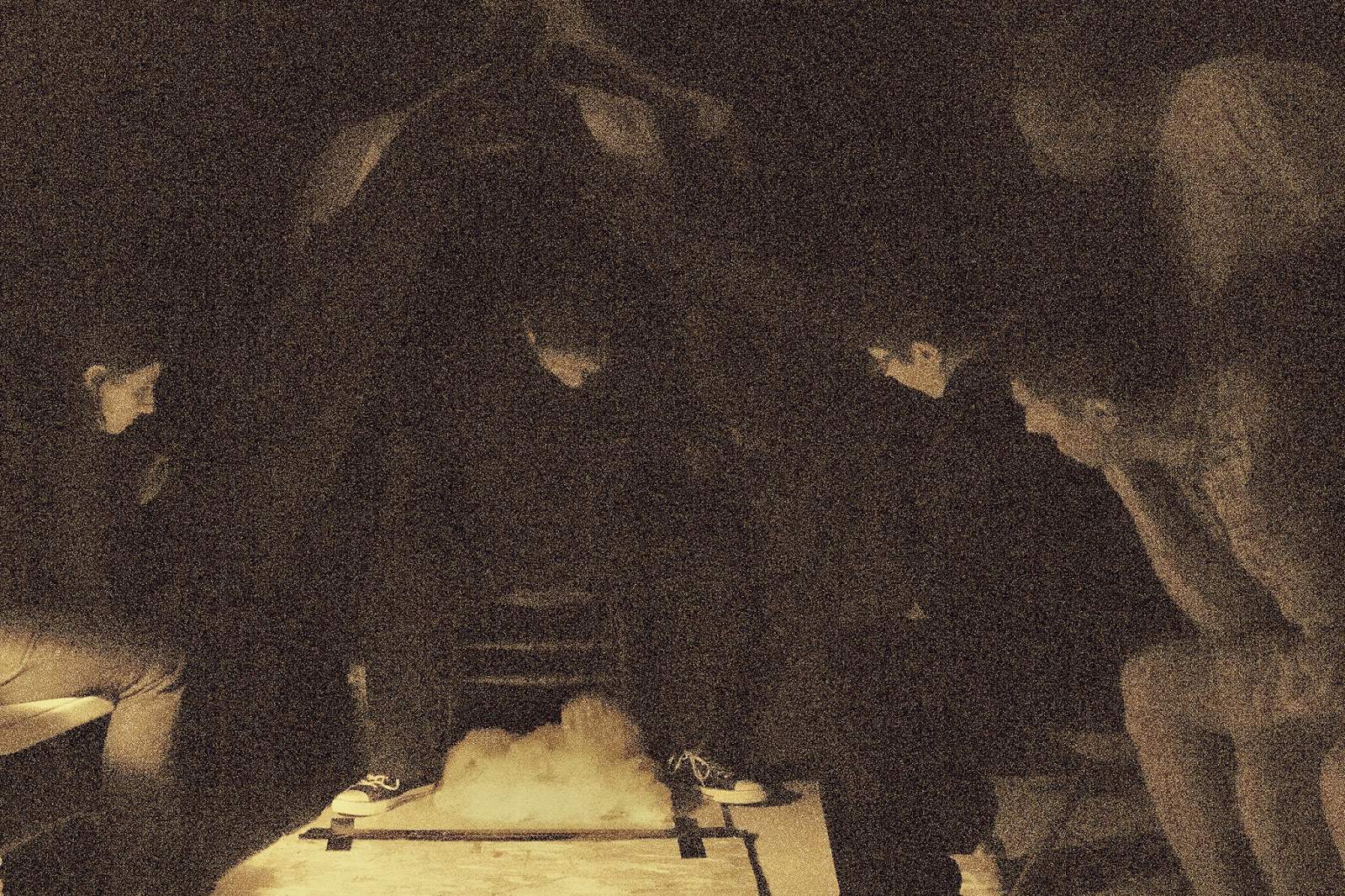 PART I: FACES, HEADS AND TORSOS OF THE DECEASED
In the realisation phase of Modern Spirit Photographer Shannon Taggarts new book SPIRITUALIST RITUAL AND THE SEARCH FOR ECTOPLASM she
revisits older photos to look at them newly under different exposure
conditions to excavate new beforehand unseen findings.
The different aggregate states, textures and densities of ectoplasm makes that endeavour meaningful in regards to possible different layers existing in the three-dimensional form it is mostly appearing. Different exposure conditions may reveal characteristics that may not have been visible in
their original outcome.

Shannons own artistic approach when photographing the paranormal in special séanceroom-events opens a very specified path for the etherical to link into her photography – literally beyond the event itself – and is also justifying a new look under different conditions during the photographic development process.Said and done we travel back in time to the year 2013, when during séances near Lillydale, US, the spirit team of the Felix Circle worked with Medium Kai Muegge to deliver their message and present an array of phenomena, amongst them astounding ectoplasmic displays.

In the focus stood the demonstration of intelligent morphogenesis within extruded ectoplasmic material.

So within the huge amounts of material you’ll gonna see in the upcoming photos the spirit team started to create denser centers, in which obviously complex forms of information became processed, coming either from the etheric realm or from the sitters.The photographed séances were examples of an extraordinary high number of appearing spirit faces, that were building up nearly everywhere within the psychic structure inside of the cabinet around the medium.

Other photos document the classic building of spirit hands from extruded ectoplasmic matter, showing their autonomy and intelligent response (waving f.e.), and the fascination gripping the observers just becoming witness to a very rare mediumistic production.

The mentioned differences when developing them newly this time changed the photos into black and white-editions and extrapolated intense new approaches to them.
Introducing the actual revisit of the ‘Cassadaga’-photos are the blueish ones below, we already had received months ago and which you probably have seen in earlier publications!
The newly processed images you can find just below those bluish ones!

When 2013 the sitters in Casadaga opened the cabinet curtains and
watched the extrusion of extremely large volumes of ectoplasm from the
mediums body for the first time, they weren’t aware, about which
essential capabilities of the mysterious substance they would learn
during the given séances: Ectoplasms ability to change its look, color
and texture within seconds (like from cloudy to thready), ectoplasms
characteristic to move, breath and flex like a living body almost,
ectoplasms ability to process complex information and reflect or express
it, like when embedding highly detailed human faces that
make a lively impression onto the onlookers – or hands building from
ectoplasmic piles, forming out more and more, finally erecting and even
waving towards sitters! The newly edited Shannon Taggart-photos are
impressingly focussing onto the described characteristics and are
presented here for the first time in that expressional specialty.

2. SPIRIT HANDS
Photos of that caliber, of high strangeness, but also photos of amazing beauty – all that awaits the reader of Taggarts new book that in the most beautiful form will bring the complexitiy of art into a dynamic with the most ancient human practice, the occult!