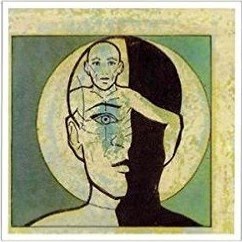 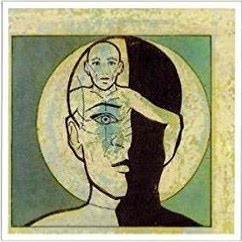 FROM OUR TREATMENT-CASE FILES 2004-2015
For more
than 20 years now we are trying to help people who are suffering under specific
forms of spiritual harassment or molestation.
Being
trained over the years in the most techniques to bring any help to these
subjects, it is specifically our own area of activity regularly bringing us in
contact with them.
Many who
are concerned are spiritual scholars.  At
a certain point on their spiritual journey they suddenly start to sense, detect
something they describe mostly as a strange presence or energy within them.
They don’t feel whole or ‘one’ anymore but ‘twice’ so to speak and from then on
the complex develops into different degrees of realness.
Scholars of
Spirituality are a large group among the concerned, but by far not the only
ones. Our selected examples were all at least not specifically coming from this
area of activity.
Our help is
pro bono even though many have to be treated in the following over weeks and
months.
I am
talking about so called entity-, or spiritual possessions (not
to mix up with ‚demonic possessions’) – or in German ‚occupations’.
Most of you
will have an idea about what I am referring to but because it is anyway hard to
describe a norm within it I will come back to my selected examples to explain
what can happen if one is chosen to suffer under these sometimes inner,
sometimes outer forms of ,disturbances’, sometimes both.
I was
confronted with the huge need for help in this sector when I for the first time
was involved when so called RSPK- or Poltergeist-energy havocked a
befriended family of mine.
I was quite
young and not even in my adolescence. But this case should not be the only one
I would encounter during the last 30 years.
I fully
started to offer help during my study time in Frankfurt simply by hanging out a
note at the University and the cases coming did all confirm the immense need
for help by the involved parties.
To become
possessed sometimes by one, sometimes by more entities, intruding the inner and/or
outer personal space can happen on a subjective perception-level or objectively
in the physical space also. Then it is called ,infestation’ usually and is like
all forms of disturbance a huge psycho-sociological issue, from time to time developing
additional psychiatric implications eventually also.
Psychiatry is believed to be able to help in
the first place, but is rarely dealing satisfyingly with the patient’s needs
and what they are going through and so they are usually ejected from the
health-system early and sent back into their homes very quickly.
But still Psychiatry
is for many the only health-sector they’re looking for help at as long as they do
not feel too stigmatized by what’s happening and prefer more to withdraw from
any possible help, frightened to be called insane, being full of shame anyway.
These forms
of shameful retreat naturally strengthen the disturbances.
The
informal energy feeding the processes has to flow off, that’s why any ask for
help is the first step into the right direction.
Actually Psychiatry
knows the frightening experiences I am talking about, but deals with them
single-sided. ‚Bedroom visitor’-phenomenon it is called within Psychiatry and
defined as a sleeping disorder. Admittedly many of the below described activities
do actually take place during early sleeping- or wakeup-phases.
But for many
these irritating up to terrorizing experiences in the bedroom are only a start
for an ordeal that enters more and more their personal space and everyday
lives.
These
patients stay usually completely sane and are fully able to abstract the
strangeness of what is going on.
Psychiatry in
the contrary defines persons developing alleged ‘hallucinations’, like our ‘occupied’
patients, as ‘dissociative split personalities’. ‘DSP’-patients live in a more
or less completely shut-off own world though, influenced by strange unseen radiation
and energies they suspect to control or poison them and so forth.
Spiritually ‘possessed’ or ‘occupied’ people usually
don’t have such symptoms.
They sense
their occupying presences to different degrees but are very aware and clear
about what is going on with them. Nevertheless Psychiatry usually tends to
treat them in the same manner psychotics would be treated – with strong ataractics.

Most of the
concerned subjects escape this kind of treatment early with no alternatives
offered to them.
Consequently
they fall into the traps of self-styled healers depleting them financially and
create additional harm. With early and unproven theories they infect the minds
of the patients who sometimes willingly accept their explanations in their need
for help and start that way to spill the original reasons with additional and
false complexes.
In the end
they leave behind an even more deranged subject mostly with no treatment
results although hundreds or even thousands of euros/dollars had been paid.
Unfortunately
that happens regularly. 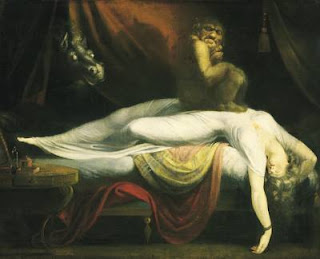 Below we
have chosen three exemplary cases from our files that mirroring also a peculiar
and alarmingly growing subtheme within the complex: more and more cases
have a clear sexual character. They play more and more an
important role in the strange and disturbing experiences patients have.
This aspect
of course even worsens the difficulty for the patient to talk about.
Moreover we
have to find out where the reasons for this development are coming from.
Is only a
sexually overloaded society or media-environment (internet, TV) responsible?
And where is the cut-set with possible ethereal origins of the intruders?
Fact is
that internet forums have developed excessively as an information market.
Related forums are flooded by hundreds of people seeking for help or
informational exchange.
And still there
will be a large number of unreported cases of course as well, but at least the
web provides anonymity and the awareness they’re not alone.
For this
publication we now specifically have chosen three cases that couldn’t be solved
fully. We hope that they will provide models for discussion for possible
successful future approaches to help.
Compared with
the disturbing cases 2 and 3 the first one seems to be even ‘harmless’, but had
some really surprising characteristics and an intriguing complexity with a lot
of interesting implications.
So please
prepare your horizons now to be broadened by something that is deeply
irritating, if not right-out frightening and tormenting reality for some on a
daily basis.
FROM OUR
SPIRITUAL TREATMENT CASES 2004-2015
(personal
information had to be altered to secure the patients anonymity)
Case 1: JIM
WENT THROUGH THE ‘THE DOORS’
In the year
2004 I was present when during a spiritual practice a young woman suddenly
collapsed, fell to the floor, cramped and spoke in a strange language –
something between English and German. Not being sure what was going on I
watched her friend jumping from her seat and hastily approaching the trembling
lady on the floor, putting her hand under the head of the collapsed asking her:
‚Jim, is it you!?’
Having been
introduced earlier to this lady telling me she’d be a ‚newbie’ I was doubting
now that this necessarily was a sudden breakthrough of a let’s say meaningful spontaneous
mediumistic episode.
Being
responsible as the then trainer for transpersonal experiences, I was
relieved that after a short conversation between the two ladies the strange
language turned back into regular German and after she stood on her feet again I
addressed her to find out what was going on.
For all our
meetings and training sessions participants have to sign a form, confirming they
are not suffering under any dissociative states caused by illness or are
neither involved in any kind of psychiatric treatment, nor suffering under any
grave personal crisis.
Unfortunately
not everybody is always telling the truth and so the poor lady revealed to me
that she had come actually seeking for answers what was going on with her for
many years at that time. Let‘s call her Christine in this article. She was in
her mid-thirties when we met.
And this is
what she told me: ‘When I was in my 20ies I had a difficult relationship with a
boyfriend. When he left me I broke down and at the then upcoming weekend I
wanted to go to a music festival to celebrate my pain away. 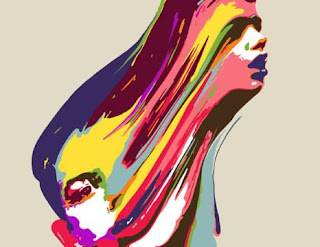 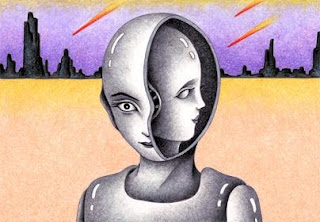