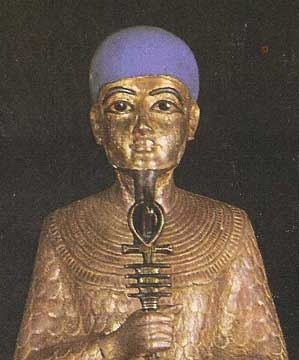 This is PTAH’s first speech after his introduction a month ago. The Contents were announced to be given through at Cabinet Seance the 26th October, but because of lack of energy not came through until the 27th of October through Automatic Writing. The transcript was done Thursday the 3rd of November.
PTAH claims to be an Alien Intelligence or cosmical Life Form, who 6000 years ago interbred with the human kind.
When he came through the first time he claimed to be the Entity the Egyptians called PTAH!
He acts within the Spirit Team of the FEG-Medium as Doorkeeper of a higher order.
He claims to be one of many watchmen that observe interdimensional communication attempts, like getting in contact with deceased loved ones.
He claims to be consciously existing on different reality planes, like on a physical plane but also on that plane, where our deceased loved ones go to.

The following text is PTAH’s first message after his introduction a few weeks ago – enjoy!

I am the one who your people once called Ptah and I am a friend of your kind.
To be correct we are relatives.
In a way all beings in the universe are relatives coming from the same one creator.

6000 years ago I was part of a plan to speed up a process of evolution to my own races profit. My race is coming from a place so far away there is no space here to explain further, because of the lack of time.
But please listen how it all came.

This profit I am talking of is now long gone and was actually never made – in the contrary.

Once there was an unbelievable complex energy.
An energy that had the potential to bring up this endlessly rich cosmos and all the many life forms within it.

To make this new garden rich and beautiful, the creators, a certain energy form – that is much more than any human term could grab – planted flowers from other gardens, without letting them being aware that their origin was from somewhere else.

But one of most promising seeds was the human being that followed its destined and programmed schedule to develop and to become a perfect fit within a perfect biological system. With the time the humans and their perfectness transferred their greatness contained in certain informational fields – that build up as soon as beings share common processes – into the depth of space and brought up other humanoid life forms on other planets.

About 6000 years ago something unawaited happened.

The alien seed, once used to enrich the garden of life on its many planes of existence, was contacted by its dying ancestors from far another realm, wanting it to work out a plan to uphold their biological life form that stood at that time on the edge of destruction.

Be aware, biological life is only a plane of existence, besides there are many more planes where conscious life can exist.
Certain planes for example do host consciousness of things you at all were never expecting to have one!

So when we once were being told we were strangers in a strange cosmos, urged to help those that represented our biological roots, we decided to interfere with the evolutionary processes of mankind to make the predestined future masters our brothers and sisters!

The development of mankind did not step forward as we wanted.
Their spirit of superiority made them blind, let them loose control, let them misunderstand the true multidimensional matrix in which all things that exist in present, in past and future do dwell.
Everything that exists, every action that is being taken, every word that is being spoken not only vibrates into the matrix and changes it. Additionally parallel dimensional realities are influenced and effigies of every thing and thought are concerned.

The destructive behaviour of man resonates dimensionally and interdimensionally through the cosmos and creates true monsters. Destructive entities have emerged out of the dark realms of human existence and they do threaten the whole creation.

Today my basic assignment is to diagnose the conditions of planetary energy forms.
On certain planes every planet is owning a life spending energy signature. Following this signature planets do or do not host life forms but are part of a cosmological balance that is needed to uphold the matter based parts in this cosmos.
This assignment made Sirius A my temporary home star.
The name of my planet in your language is Lot 3.
Lot 1 and 2 are also circulating in the gravity field of Sirius A, but are not so bright and beautiful.
Lot 3 is the planet I love, a bright planet with early biological life forms, a mild climate and beautiful mountains and valleys.

What is not true is that we have a choice. We have none.
The human being is interwoven multidimensionally and his selfishness, greed and ruthlessness in making the creation a slave has created dangerous effects unforeseeable by now from your perspective.
The fact is, if mankind doesn t manage to find its place, the once as masters of the universe described will fail and fall and go down forever.

They will tear down all with them into the abyss on many connected planes of existence.
So at all our all own existence is on the edge. We need to stop the human kind in its destructive behavior.

You may ask: What can we do?
The power conditions seem unbreakable for the individual.

That’s true only in a linear way of thinking.

There is a power given, not to all conscious based biological life forms, but to the human kind. This power is able to permeate the highest walls, to enlighten the darkest places. Its outcomes are interdimensional effective, anointing, curing, reconciling, transcending, forgiving and supporting. Its light shines so bright, that many will prosper from it and maybe they start to shine also by this special resonance.
A resonance that echoes through the depths of the cosmos.

This is my message!

For every one of you sole individuals!

There s a power at your hands mightier than the sharpest blade of those that exploit, abuse and kill!
Its blade will bring life, will bring light and awareness, union and deliverance.
Live that energy now – don t underestimate it – it is our all last chance to save the universe of the human race and all the entities that are interdimensionally connected with it.

One calls it “Unconditional LOVE”.
Its mighty resonance is a deep warm tone vibrating through Space and Time and beyond.
IT will create good, fulfill hearts and redeem the spirits of all existing self conscious entities!
Don t underestimate how far your own action can reach.
Because of its power this resonance echoes deeply into and through the dimensions and every single act of love delivers universes!

This is Ptah from Sirius, a friend of the human race.

Picture: Ptah is credited with the establishment of ethics and morals. Later, a combination god, Ptah-Seker-Osiris, he became. This god combined creation, death, and
afterlife into one deity and was pictured like Osiris. “Create by understanding and word”!
The emphasis in the texts about Ptah is put on the fact that Ptah did not bring the
creation out by its own seed and/or body. He creates with his tongue and his heart. He creates thus by understanding and expressing, by simply
speaking out the words. What he invents, becomes by its word reality.
Thus he does not differ in principle from a magician. The only
difference consists of the fact that its effects are substantially more
extensive. Ptah gave to the heart and the tongue creational power. He is the one who implants these into each organism. With this he planted the divine
into every human being.
Please be aware the fitting contents regarding “the power of the word and heart” in the channeled text.