UPDATE! FURTHER EXPERIMENTS OF THE FELIX GROUP WITH THE SPIRIT CONTROLS “PROF. HANS BENDER” AND THE “CHEMISTS”!

Home » UPDATE! FURTHER EXPERIMENTS OF THE FELIX GROUP WITH THE SPIRIT CONTROLS “PROF. HANS BENDER” AND THE “CHEMISTS”!

UPDATE – FIGURES IDENTIFIED
(Scroll to the end of the Article!) 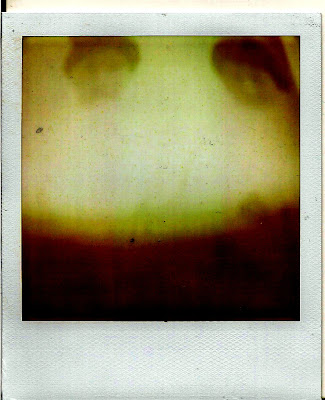 Slightly enhanced version of one of the four experimental pics

After the first “Psychic Photography”-Experiment, held after weeks of preparation at the end of July 2009, and after a summer holyday-break the Felix Group came last Tuesday, the 11th of August 2009 together to see, what the spirit-control-team was planning and if further photos could be achieved.

Much earlier than normal, the channeling sitter announced he recognized the energy matrix of the entity, that considered himself as “Hans Bender”, the deceased icon of German Parapsychology.

So after 10 more minutes of very audible trance induction “Hans Bender” this time spoke at much more length than the times before. Before he began to give very thorough descriptions how we had to execute the single steps of action to do our part of a succesful outcome, he first greeted every single of the present 10 sitters and thanked them being part in his experiments.

He explained, that in fact the channeling sitter has no bigger part in the production of the “psychic photos” and other phenomena than any other attending circle member. The possibility to give through highly detailed channeled instructions is the only reason why the sitters channel-efforts were essential. 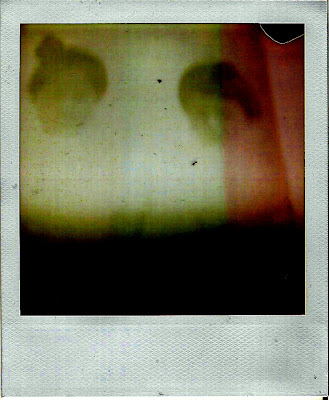 Hans Bender explained, that it is the trance per se, that opens the access to deeper realms of reality, where it is possible to influence the dimensional matrixes that create the physical realm and enables us to produce “Physical Phenomena”. That deeper level is a spiritual level, because the highly complex physical reality is nothing but a mental, a spiritual concept, that interacts with our consciousness to create the illusion we live in as long as we are burdened with our physical body. 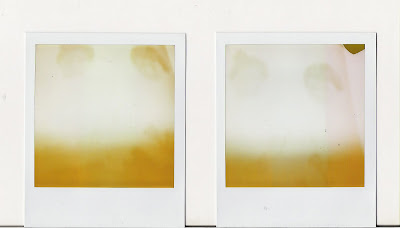 After he mentioned that today there were 2 loving spirits standing very near to the circle he goes on to reveal his highly peculiar code of conduct for todays experiments.

This time 4 photos were planned by the “chemists” he told us and that maybe the enclosing spirits were able to display themselves somehow on the outcomes. If that happens, one sitter immediately recognizes who these close standing entities were, he said. 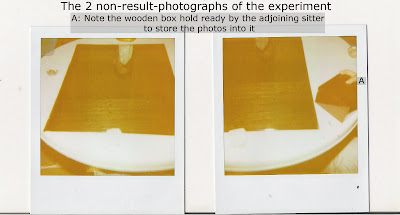 Then we were instructed over 20 minutes how to achieve positive results:
– Three sitters had to be involved, one photo-snapper, one, that immediately overtakes the shot photo and stores it into a wooden box, and one sitter, that finally guards the box with all photos in it until we were told to look into it.

– The photo-snapper had 15 minutes after all preparations were done (placing the mirror on the table, chosing the polaroid we were instructed to use, having the box ready) and the light extinguished again to choose freely a moment from which one he had 1 minute – but definetly not longer than 14 seconds for each shot – to shoot all 4 photos and give them to the adjoining sitter. 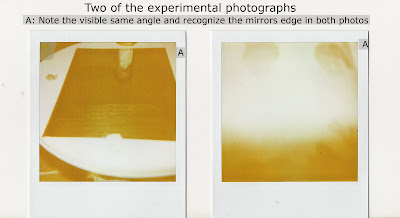 – The photo snapper should open the polaroid to illuminate the shooting process with the green control light; after everybody saw the photo transported to the outside, the cam had to be closed immediately avoiding the green light destroying “the chemists” preparations.
Unfortunately the fact that after the closing of the cam the reopening took several seconds to lit the green light back on – and only 14 seconds were allowed as maximum – brought us into a considerable time-pressure that lead to the fact that two of four times the “snapper” forgot to close the cam, before he overhanded the photo to the adjoining sitter with the wooden box.
that maybe caused the two non-result photos.

– Finally after all photos were stored into the box it had to be overhanded to the circle leader, who should hold the box exactly 37 minutes in front of his belly, between the navel and the lap-area. What shall I say – we do not know why – but the spirit-entities may have had their reasons, we considered.

Exactly 37 minutes after the last photo was taken we left the seance room and lit the bright white light in the Seance-rooms corridor to check the outcomes. 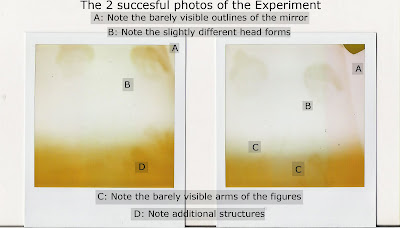 Who the two figures are we by now have not discovered. We even do not know, if these figures are the spirit entities allegedly standing near to the sitters circle as it was mentionede by “Hans Bender”.
Fact is, that despite it was announced, no one was able to identify someone on the photo.
On the other hand the pics are basically much too cloudy to identify someone without a shadow of a doubt.
Nevertheless three sitters, a mother and her two daughters, meant they maybe have an idea who the figures are and they are researching at the time and checking old family photos.

What seems to be obvious is that the right handed figure is a child and the left handed an adolescent or a young adult. When we discover more, we will let you know.

Here we close our informal report in the hope to develop that highly interesting joint venture with a motivated spirit team to further heights in the future. 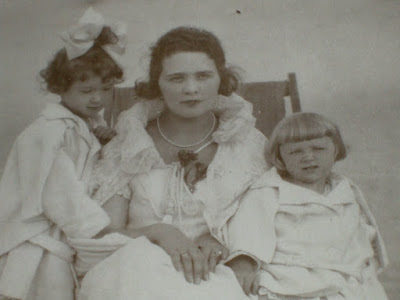 One lady sitter in the meantime has obviously identified the two figures. They are their two favorite Aunts, hanging as a historical photo in her living room. 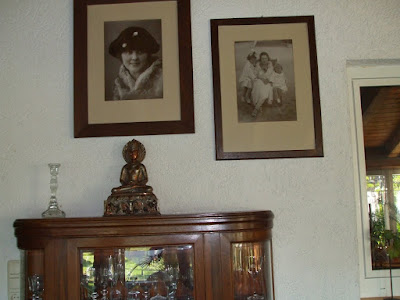 It may be legitimate to consider, that this photo, seen daily by the lady sitter – who bythe way was the one sitter storing during the experiment all made photos into the wooden box – may have played a role as master-sample, so to speak for the creation of the “Psychic Photo”.
Thank you for reading.